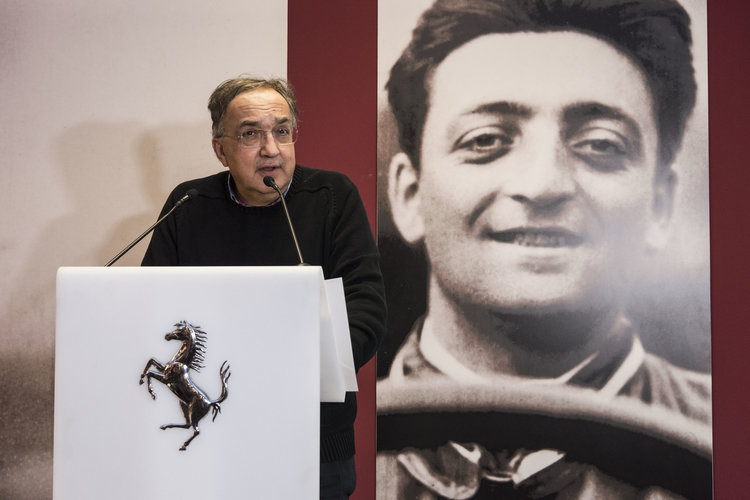 Scuderia Ferrari President Sergio Marchionne has called for an immediate response to the Maranello based squad’s defeats, primarily to the Mercedes AMG Petronas Formula One Team, at the last four races.

With Lewis Hamilton having taken victory in Canada and Great Britain, and team-mate Valtteri Bottas bagging the win in Austria, whilst Azerbaijan was somewhat of a salvage job for both Sebastian Vettel and Hamilton, Ferrari have not managed to take a win since the German’s victory in Monaco.

Following the British Grand Prix, Marchionne headed straight for Maranello, where he asked for everyone’s commitment to get Ferrari back on the top step of the podium again, having gotten the season off to a brilliant start, which he wants to see reinstated ASAP.

“I know you are the same team from Monte Carlo and the start of the season.

“We cannot mourn this negative result but instead I expect an immediate reaction. We have always known our opponent was very strong and dominant for years.

“But I am convinced we will get back where we were.”

Having fallen fifty-five points behind Mercedes in the constructors standings following the defeat on British soil, Niki Lauda indicated that Mercedes may finally have got the better of Ferrari this season.

Tyre failures for both Vettel and team-mate Kimi Raikkonen at Silverstone cost the Italian squad valuable points, and the Austrian believes the issue came as a result of an over-aggressive strategy from Ferrari. Team Principal Maurizio Arrivabene has however rubbished these comments.

“Let Niki talk. Even if the reasons are obvious, complaining about losing a second and a fourth place is not Ferrari’s style.

“The hard fact is that we lost a lot of points in both the Constructors’ and Drivers’ championships. We leave here, set on improving quickly, with humility and determination.”