Marciello confident ahead of 24 hours of Spa Superpole 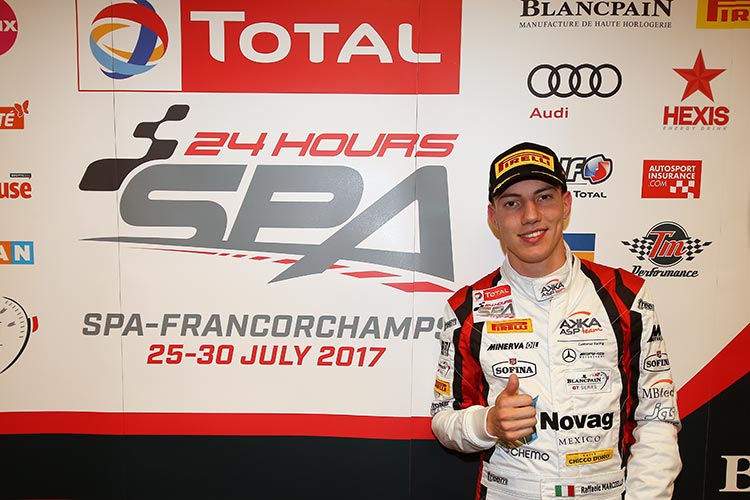 Raffaele Marciello and the AKKA ASP squad are confident ahead of the 2017 24 Hours of Spa Superpole after the team stormed qualifying yesterday at the iconic Spa-Francorchamps circuit to take provisional pole position.

Despite the dominance, the #90 Mercedes-AMG GT3 driver was quick to point out that although they hold the early advantage, there is still a lot of work to be done.

“The qualifying sessions on Thursday are not so very significant and in a 24-hour race,” said Marciello.

“The starting grid positions aren’t decisive anyway, but being ahead of all the others still is a nice feeling, of course.”

While the team didn’t push as hard in the night qualifying because of the impressive time set in the day qualifying session, Marciello is positive with the task lying ahead of him.

“The car is running perfectly and I am feeling very well at the track. Especially in the second sector, we were faster than the other cars. That is giving us a good feeling.

“For the upcoming Superpole session, we want to get an optimum starting position to have as little traffic as possible in the race and to be among the front runners from the very beginning.”