Marcus Ericsson: “Our pace was not competitive enough” 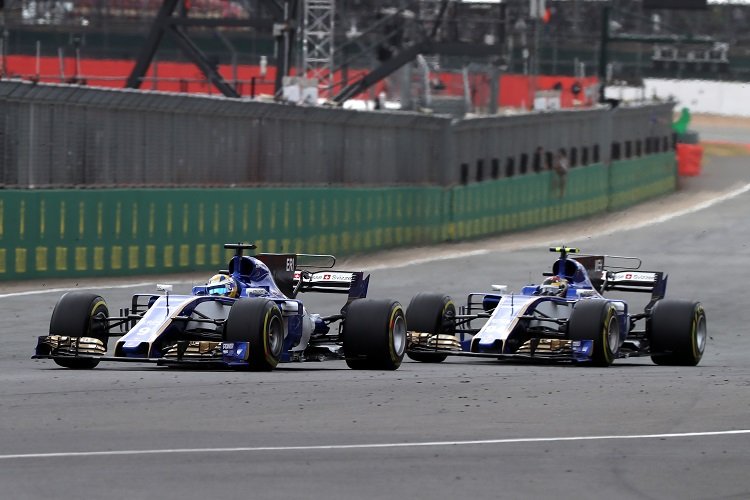 Neither Sauber driver was in points contention at Silverstone on Sunday - Credit: Sauber Motorsport AG

Marcus Ericsson could only finish fourteenth in the British Grand Prix on Sunday, with the Swede feeling that he got as much out of his car as he could but it was not good enough to fight for points.

The Sauber F1 Team driver praised his team for giving him a much better car on race day at Silverstone than he had earlier in the weekend, and he felt the car coming more towards him in the second half of the race, although it was not enough to get close to a first points finish since 2015.

“It was a fairly good race for me,” said Ericsson. “I maximized the performance of the car and my lap times were decent, especially during the second half of the race.

“Of course we want to be higher up and fight for points, but our pace was not competitive enough for that this weekend. We did manage to make the best of it – the team did a good job in improving the car set-up throughout our stay in Silverstone.”

Team-mate Pascal Wehrlein finished down in seventeenth having gambled on making two pit stops during the early safety car period to ensure he used two different compounds of tyre, but ultimately the Soft tyre did not yield the performance required for long enough, meaning a second pit stop late in the day.

“The race did not go as we hoped it would,” admitted Wehrlein. “When the safety car came out at the beginning of the race, we made the decision to complete the mandatory pit stop and change to medium tyres.

“I then returned to the pit one lap later in order to switch to soft tyres, with the goal to drive on them until the end of the race. Unfortunately the tyres lost more and more grip, due to which I had to change again.”