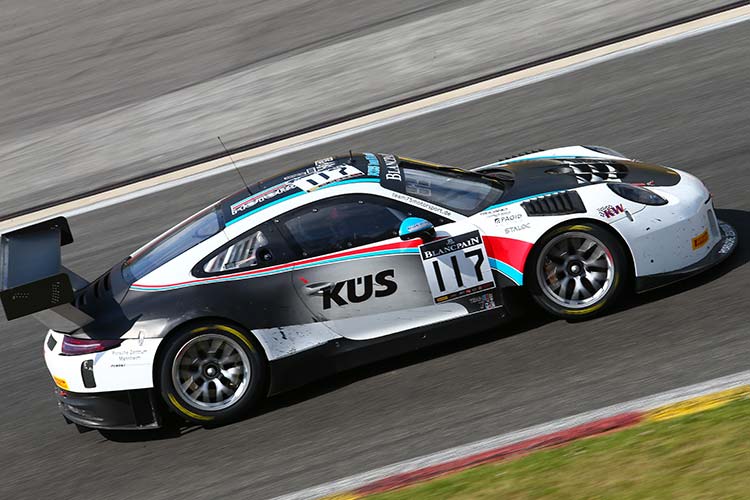 Three weeks ahead of the 2017 Total 24 Hours of Spa competitors hit the track to prepare for the highlight of the Blancpain GT Series calendar.

A day of clear weather greeted the teams as they used the available eight hours of track time to fine tune set ups and bed in new chassis.

The Pro-Am #78 Barwell Motorsport Lamborghini topped the timesheets in the morning session with a time of 2:20.358, but the #25 Audi Sport Team Saintéloc car was only 0.084 seconds off of the pace of the fastest time. The #888 Kessel Racing Ferrari finished fastest of the Am Cup teams.

The day had only a handful of incidents but the #48 MANN-FILTER Team HTP Motorsport Mercedes-AMG and the #63 Grasser Racing Team Lamborghini experienced incidents that took them out of the running for the afternoon session.

The afternoon session saw the lap times fall over the five hours as the #117 KÜS Team75 Bernhard Porsche set the fastest time of 2:19.451, just 0.086 seconds faster than the #55 Kaspersky Motorsport Ferrari (who were bedding in a new chassis). 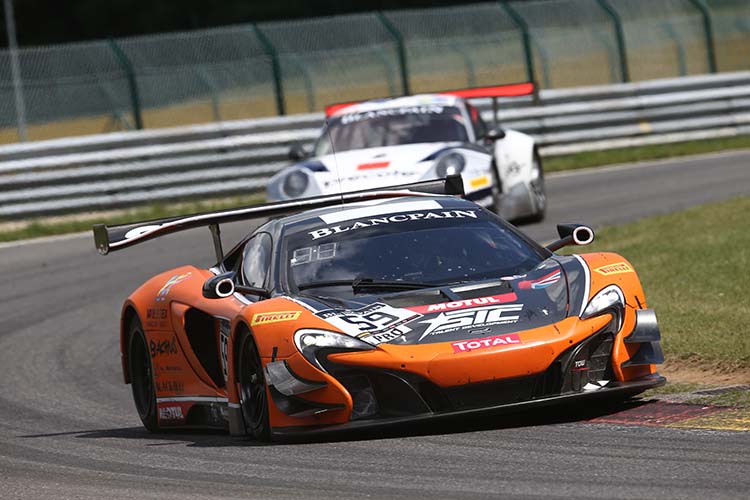 In Pro-Am, the #42 Strakka Racing McLaren finished the day fastest while the Am Cup honours went again to the #888 Kessel Racing Ferrari.

The next official session for the competitors will be during race week on Tuesday 25 June when the Bronze competitors get to improve their knowledge of the circuit ahead of the big race.

Dinamic Motosport take a commanding victory at the Nurburgring

GPX Racing lead a Porsche 1-2 at the Nurburgring