Sebastian Vettel: “We’ll see what we can do tomorrow” 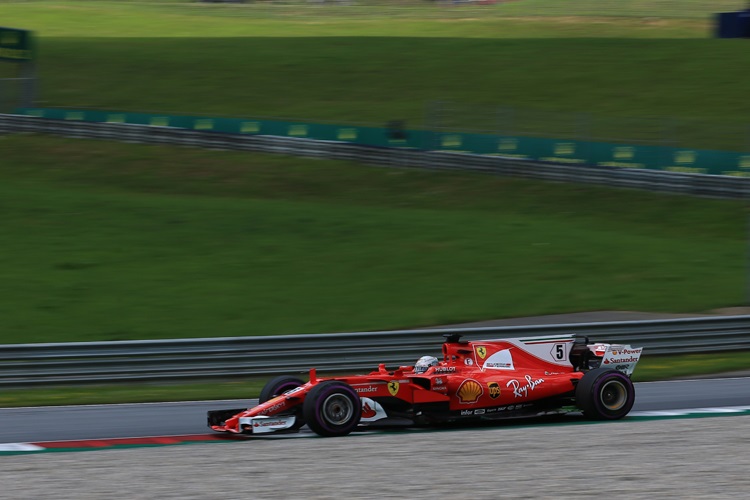 Sebastian Vettel felt the SF70H felt good during free practice for the Austrian Grand Prix on Friday, with the German finishing fourth fastest in first practice and second fastest in the second.

The Scuderia Ferrari driver admitted it was a difficult day to judge just where the team are this weekend at the Red Bull Ring, but after positive results on Friday, he hopes to build on them during Saturday’s running, and with Lewis Hamilton out of play for pole position due to a penalty, he could be in line for a second pole of 2017.

“Today we did a lot of laps and learnt a lot about the car,” said Vettel. “We had a good feel with it and that is what we need. So, we’ll see what we can do tomorrow.

“We understood the problems we had in Baku, but here it’s completely different. The weather and the asphalt temperature are not the same as they were there. Today it is still difficult to judge, but the car is very good and we made some improvements.

“We proceed step by step; tomorrow we’ll have another free practice session and then we’ll see.”