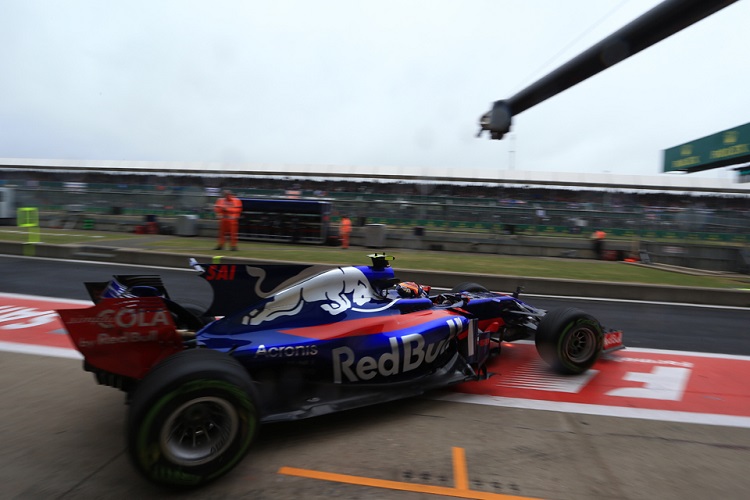 Carlos Sainz Jr was left to rue a suspension failure during qualifying for the British Grand Prix that delayed him during Q2, and although he did get out on track, he was still hindered by the issue and meant he qualified down in fourteenth.

The Scuderia Toro Rosso driver will move up a spot when Fernando Alonso takes his grid penalty, and despite the issues that restricted him in Q2, he was full of praise for his mechanics for getting him on track in the first place, and without the issue, the Spaniard feels he could have advanced into the top ten shootout.

“Unfortunately, we suffered a suspension failure in Q2 which meant I couldn’t get back out on track until the very final minutes of the session – I’d like to thank the mechanics for being so fast in getting the car out again!” said Sainz.

“I managed to do a couple of laps, but the system was still not working as it should’ve, the car was behaving poorly, bouncing around a lot and I had no grip at the rear… So I wasn’t able to do any representative laps in Q2 really.

“It’s a shame, because we had a very good Q1 and managed to get into the top ten on the intermediate tyres.”

Sainz hopes the mixed conditions seen during qualifying stay around for Sunday’s race, as he feels that he would have more of an opportunity to get a top ten finish.

“With these tricky conditions, it’s difficult to say what to expect for tomorrow, but it will for sure be exciting – we have a good opportunity if the weather stays like this, as it opens up strategy options and opportunities and I look forward to a good race!” said Sainz.