Williams not yet ready to Commit to 2018 Driver Line-up 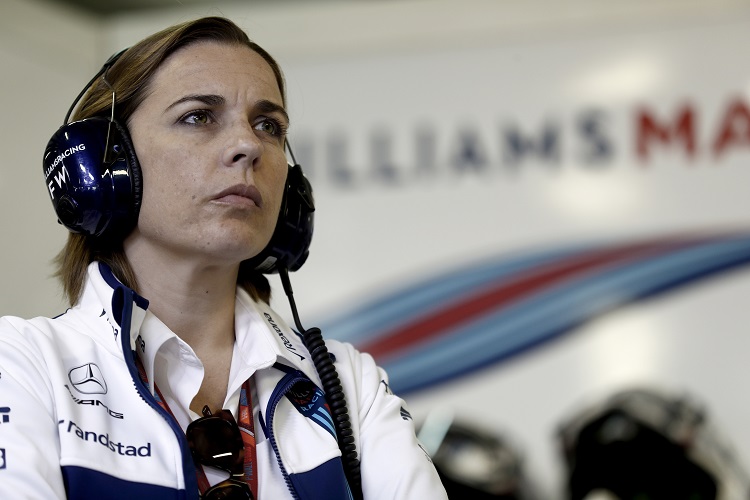 Claire Williams insists focus remains on 2017 rather than on who will drive for Williams next season - Credit: Glenn Dunbar/Williams

Williams Martini Racing say they are not holding any contract negotiations yet for the 2018 Formula 1 season, putting its focus on the 2017 Constructor’s Championship instead.

A combination of patchy results, including some recent difficult qualifying performances that immediately leave the team on the back foot, and a strong start to the season by immediate competitors, the Sahara Force India F1 Team, has seen Williams pick up only 41 points this season, compared to their rivals 95 points. The points gap between the two teams bigger now than it was at the end of last season.

It is looking like a tricky path to catch and surpass Force India to take the coveted fourth place in the Constructors’ Championship, but Williams’ Deputy Team Principal Claire Williams said that the team wouldn’t be engaging in any distractions that could hinder the team’s hunt for points.

“For us, we’ve decided we’re going to hold off a bit on our driver decision,” said Williams.  “We’ve got a fight on our hands on the race track at the moment and to be distracted by those kinds of conversations isn’t something that we want to be happening at the moment.”

Rumours are rife, and it’s rumours that former retiree Felipe Massa is supposedly looking for a two-year contract, despite having retired at the end of last season. His return to the team following Valtteri Bottas’ departure was on a one-year deal, which will run out at the end of the season.

It’s understood that Williams are also keen to keep Lance Stroll, whose father Lawrence brings significant financial backing.  The eighteen-year-old Canadian had a difficult introduction to Formula 1, but has seemed to have found form, which has included his first Formula 1 podium at the Azerbaijan Grand Prix.

Sergio Pérez: “If we can get a good start, there’s a lot to play for”

By Paul Hensby
3 Mins read
Sergio Pérez will start an excellent fifth in Sunday’s Portuguese Grand Prix, while Lance Stroll was caught out by the wind on Saturday and will start only twelfth.
Formula 1

Charles Leclerc on Qualifying Fourth: “I think we managed to get everything out of the car”

Max Verstappen: “My Q3 lap was pretty decent and third is a good starting position”

By Paul Hensby
3 Mins read
Max Verstappen and Alexander Albon will start third and sixth in Sunday’s Portuguese Grand Prix at the Autódromo Internacional do Algarve.