Daniel Ricciardo: “When I think of Spa I always think of my win there in 2014” 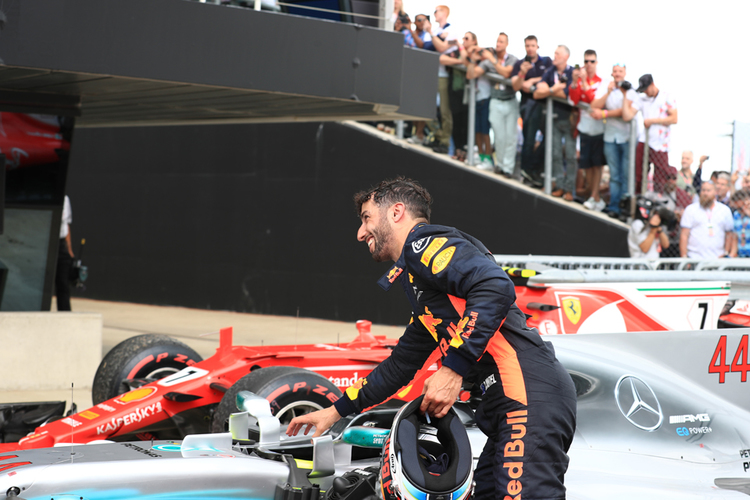 Even though his first half of the season ended on a sour note in a collision with team-mate Max Verstappen, Daniel Ricciardo is looking forwards to returning to racing after his summer break.

Ricciardo has enjoyed success at Spa Francorchamps in the past, where the second part of the 2017 season kicks off again this weekend. In his stand out 2014 campaign, where he beat four-time World Champion Sebastian Vettel, he took victory at the circuit in what was one of his most dominant wins to date.

“When I think of Spa I always think of my win there in 2014,” commented the Australian fan favourite. “Of course it’s more enjoyable when you win in dramatic fashion but at the same time winning is winning and even though I had a comfortable lead that year I could still feel the pressure. It’s never as easy as it seems.”

Many drivers claim that Spa is their favourite circuit, and with classic corners such as Eau Rouge and Blanchimont, it’s clear to see why. Ricciardo enjoys a different corner, however.

“I really enjoy Pouhon. It’s a fast, downhill and left-hand turn. That’s probably my favourite corner. The Les Combes area you have to get right too as it’s pretty important.

“Then the last corner is not very pretty at all but crucial for a good lap.”

“It’s a back to back race with Monza, so we’ll be heading straight there. The atmosphere in Italy is pretty awesome. I normally like more technical tracks, but Monza is still fun. It’s a track I’ve always enjoyed and it’s quite unique.”

Although Ricciardo won’t enjoy the same support from the Tifosi in Monza, he’s still looking forwards to soaking up the atmosphere.

“The drivers parade in Monza is always special as well. Everyone is shouting Ferrari, but it’s still pretty awesome to experience it.”