Esteban Ocon: “It’s now a year for me as a Formula 1 driver” 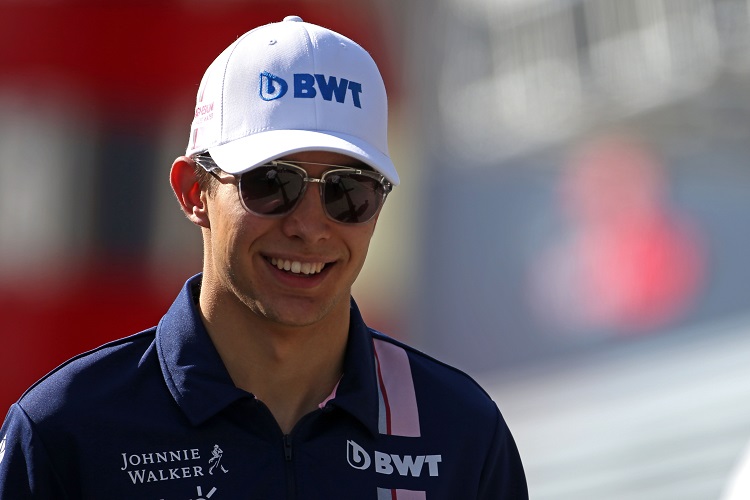 Esteban Ocon made his Formula 1 debut at Spa-Francorchamps a year ago when he came into replace Rio Haryanto at the Manor Racing MRT squad, and a year on, he sits in eighth place in the Drivers’ Championship with the Sahara Force India F1 Team.

The Frenchman has finished inside the points in ten of the first eleven races and is only eleven points behind his more established team-mate Sergio Perez, but despite making his debut at Spa last year, he doesn’t feel it is one of his favourite circuits on the calendar, although he does appreciate it as a great track.

“I had a great summer holiday in the south of Spain,” said Ocon. “My batteries are fully recharged and I’m looking forward to getting back in the car.

“It’s now a year for me as a Formula 1 driver and the time has gone by really quickly. So I’m no longer a rookie! Spa is where I made my debut last year. It’s a great track, but it’s not necessarily one of my favourites.

“There are some special corners, especially through sector two, which has a nice rhythm. It’s a circuit where you have to be totally at one with the car because you need to be really committed through the high-speed corners.”

Ocon feels Force India should have a competitive weekend in Belgium whether wet or dry, with the circuit layout set to suit the characteristics of the VJM10. He also appreciates that certain corners, such as the historic Eau Rouge, will be an ‘amazing experience’ in the 2017 Formula 1 cars.

“Spa is usually a good track for racing because it’s easier to overtake there compared to some other tracks,” said Ocon. “There’s also the famous Spa weather which brings unpredictability. I don’t mind if it rains because it could bring some more opportunities our way.

“I think we can be competitive this weekend regardless of whether it’s dry or wet. The layout of the track should suit our car quite well. Everybody loves driving through Eau Rouge and it’s certainly the most famous part of the lap. In these cars it will be an amazing experience.

“Maybe the first lap of the race will be a bit of a challenge, but after that I think we should be able to take it easily flat.”