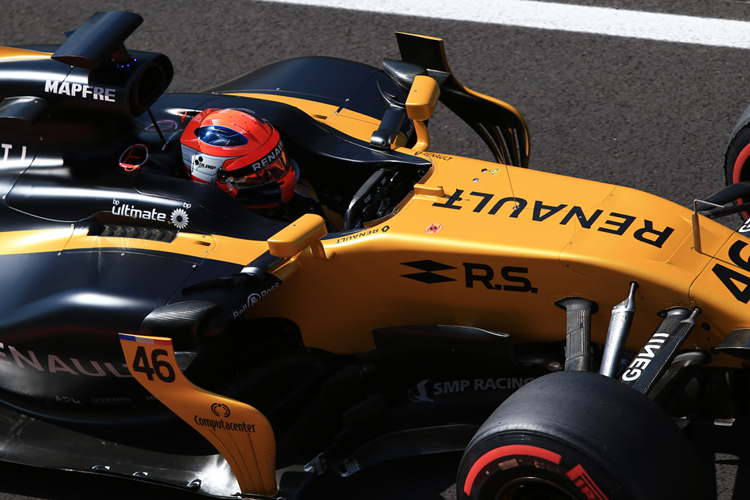 Current Renault Sport Formula 1 Team star Nico Hülkenberg has said that Robert Kubica’s return to Formula 1 was ‘obviously a great comeback’ after the Pole completed 142 laps of the Hungaroring, his first test in 2017 hybrid machinery.

After a shaky start, he was quickly able to find the form that made him a firm fan-favourite in his time in F1, and after two tests in 2012 machinery, he drove Renault’s RS17 and posted the fourth fastest time of the second day of the test.

Kubica competed in Formula 1 for five consecutive seasons between 2006 and 2010 for the BMW Sauber F1 Team and Renault Formula 1 Team, and took nine podiums and one victory in Canada, one year after miraculously escaping virtually unscathed from one of the most violent crashes of recent Formula 1 history at the same venue.

Whilst he was able to walk away from Canada with only a sprained ankle and concussion, a crash in the Ronde di Andora rally in 2011 saw his Formula 1 career come to an abrupt halt, with the horror rallying crash causing a partial amputation of his forearm as well as multiple compound fractures to his arm, shoulder and leg, and significant blood loss.

This wasn’t enough to keep him from racing though and, following a six year wait, he finally returned to Formula 1 and his performance surprised fans the world-round, and particularly impressed current Renault driver Hülkenberg.

“To be honest, I don’t have much information. I wasn’t on-site. I had some information and I obviously saw the laptimes. I think, for him personally, obviously a great comeback,” said Hülkenberg to Motorsport.com

“After the severe accident and injuries he had to come back and drive a modern Formula 1 car and to do 140 laps, just like that, is quite impressive.

“Especially at a track like Budapest, which is very physical. So respect for that. And I think the performance also, it seemed alright.

“So I’m not sure what’s going to happen, what Renault wants to do, but the test was OK, I think.”

Pierre Gasly Feels That The AT02 Still Has Potential

By Fergus Mckie
2 Mins read
Coming away with 1 point from the Spanish GP wouldn’t have been the result the AlphaTauri team would’ve been hoping for, but both drivers have faith in the team to put in long hours and improve the AT02.