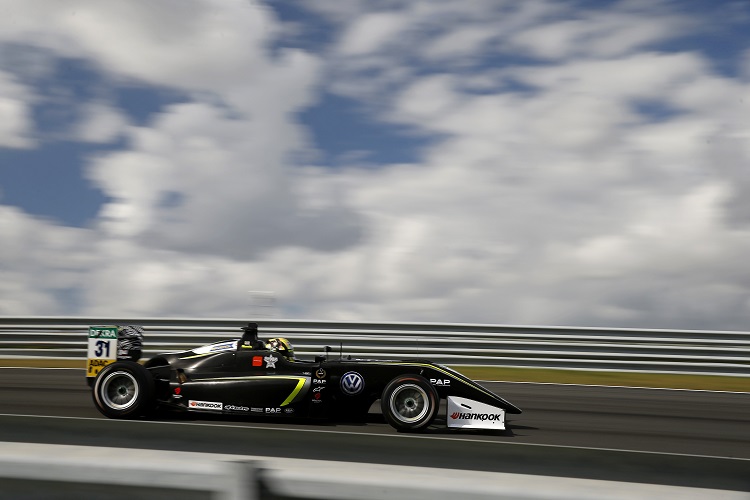 For the second race weekend in a row, Lando Norris has secured a hat-trick of pole positions after securing top spot for races two and three at Zandvoort on Saturday.

After doing the treble at Spa-Francorchamps three weeks ago, the Carlin driver stole the show again in qualifying at Zandvoort, and having claimed his sixth victory of the season earlier in the day in the opening race of the weekend, Norris will start in the best position possible for the final two races.

The session was red-flagged with four minutes remaining when Jehan Daruvala crashed at the Masterbocht right-hander, while on the restart, drivers were restricted to just one additional clean lap as David Beckmann, who had ended up upside-down during race one, spun at turn ten to cause a yellow flag.

Norris set a best time of 1:28.038s to take race two pole, ending up 0.123 seconds clear of Prema Powerteam’s Callum Ilott, while Jake Hughes made it a Brit 1-2-3 on the grid for Hitech Grand Prix.

Ferdinand Habsburg continued his strong turn of form to take fourth on the grid for Carlin ahead of Maximilian Günther, who saw his championship lead trimmed to just eight points after the result of race one, and Hitech Grand Prix’s Nikita Mazepin.

Guan Yu Zhou, who caused the incident that saw Beckmann upside-down in race one, will start seventh for Prema Powerteam ahead of Beckmann, while Harrison Newey of Van Amersfoort Racing and Joel Eriksson of Motopark complete the top ten.

For race three, Norris’ second best time was good enough again to take pole position, with Habsburg this time joining him on the front row. The Austrian will be hoping to make a better fist of this opportunity after dropping from the same position to fifth at the start of race one.

Günther will start third ahead of team-mates Ilott and Zhou, with Eriksson sixth ahead of Hughes, Beckmann, Pedro Piquet and Ralf Aron.