Mercedes’ Toto Wolff: “There are still many areas for us to keep improving” 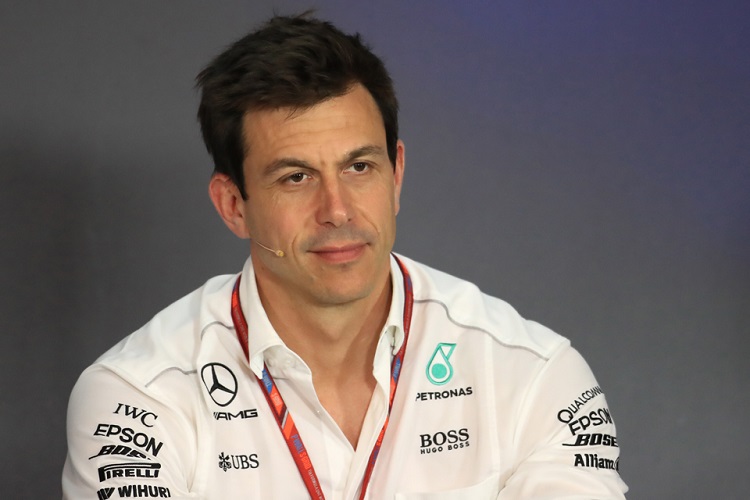 Toto Wolff insists it was important for the Mercedes AMG Petronas Formula One Team to use the summer break to look back at the first eleven races of the season and see what needs improving on.

Sebastian Vettel may be leading the Drivers’ Championship for Scuderia Ferrari but Mercedes have taken six race victories, four for Lewis Hamilton and a couple for Valtteri Bottas, and they comfortably lead the Constructors’ Championship as a result.

Wolff, the head of Mercedes-Benz Motorsport, insists the season has not been the easiest for the team, but they have learned some hard lessons along the way.

“The summer shutdown came at the perfect time for us to make a step back and take stock of our season so far,” said Wolff. “It has been a good one – and has shown a lot of the qualities of our team.

“We have overcome a difficult start to testing and significantly improved a fast but tricky car; we have won six races from 11, including victories for both our drivers; we trail in one championship by 14 points, and lead the other by 39. But it hasn’t been easy sailing. We have learned hard lessons, grown strong as a group and there are still many areas for us to keep improving.”

Wolff said there is pride within the Mercedes set-up that they have been able to remain at the front of the field despite the drastic change of regulations during the off-season, but the reality is that in Formula 1 this season, they have not had it all their own way, with both Ferrari and Red Bull Racing taking the fight to them.

“It was clear to all of us that 2017 would be a very different season to the three that came before,” admitted Wolff. “Then, we had the luxury of a performance advantage to the rest of the field, which meant our two drivers were fighting for the title between themselves.

“For this year, the rules were changed to reset the competitive balance across the field. And it worked. For the first time ever, the champion team has maintained its status as a pacesetter after a big rule change and we are proud that we laid down that marker. But that is now history.

“We have been joined by Ferrari and also Red Bull as the season has developed. This is the new reality we are racing in now and we are open-minded enough to adapt our approach to those new circumstances.”

Wolff insists their pre-season targets remain unchanged, and the team are aiming for both the Drivers’ and Constructors’ championships, and he feels that with the fastest car on track, they have every opportunity to do just that, despite the obvious threats from Ferrari and Red Bull.

“Our targets remain the same as they were before the first race: to win both championships,” said Wolff. “History has shown that the fastest car usually brings you the drivers’ title; and the best and most consistent driver pairing wins you the constructors’. So the priorities are clear: we must keep bringing performance to the car at every race – and keep racing without mistakes to maximise our performance potential at every track.

“From what we have seen in the first half of the season, the competitive balance will swing one way and another from circuit to circuit. Red Bull will be a threat if they can build on the performance they showed in Hungary. So we need to keep our heads down, stay humble regarding our strengths, diligent about our weaknesses and take the season weekend by weekend.”

Wolff insists it is dangerous to assume that Mercedes will be strong at Spa-Francorchamps this weekend, and he says that everyone will be working hard to ensure the best possible result for the team.

“On paper, people will assume that Spa should suit our car because it is a circuit where aerodynamic efficiency is extremely important,” said Wolff. “But assumptions are dangerous – we have seen too many times already this season that the form book can be rewritten from one weekend to the next. So we will be making no assumptions; we have to tick off the items on our work list and make sure we do the best job to maximise our potential points score.

“The motivation and determination in the factory are greater than ever. Hungary showed the strength of our team – and we intend to use the second half of this season to prove that strength.”

Valtteri Bottas has finished on the podium in the past five races – Credit: Octane Photographic Ltd