Williams’ Paddy Lowe: We were “not quick enough today to really compete in this race” 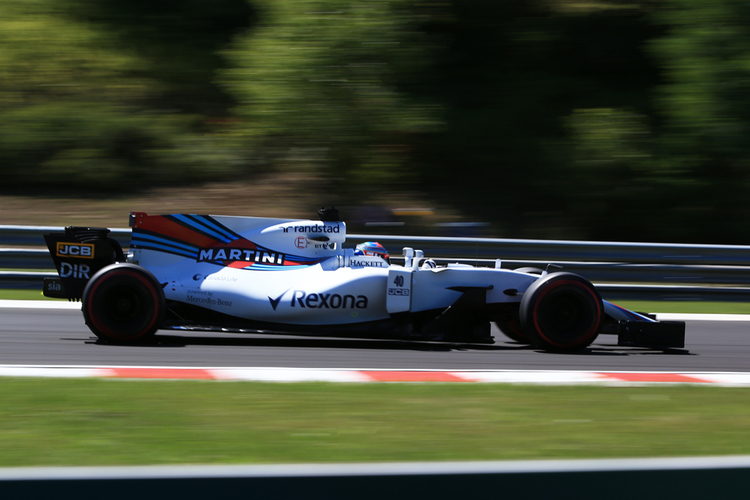 The Williams Martini Racing team had a fruitless afternoon at the Hungarian Grand Prix, with neither of the two drivers earning any points. Chief Technical Officer, Paddy Lowe, conceded that it was an afternoon that they all needed to move swiftly on from.

The Williams team had to sub Paul di Resta in for an unwell Felipe Massa at the last minute, and Lowe was quick to praise him, even though an oil leak meant that he could not finish the race.

“It was a very long afternoon to bring away very little, unfortunately. Paul, considering the circumstances, drove a great race with good consistency and stayed out of trouble. But unfortunately what appears to be an oil leak developed, as we were seeing an escalation in oil consumption so we decided to retire the car before the engine was in danger of losing oil pressure.

“So it’s a great shame for Paul, considering his fantastic response to our urgent need yesterday. We’re sorry not to give him a car that could get him to the finish.”

He also noted that the lack of points and pace was not down to driver ability, but the car itself, as the Hungaroring was unforgiving and exposed its weaknesses.

“On Lance’s side, he kept up with the pace the car was capable of, but we were just not quick enough today to really compete in this race. We have the summer break to refresh and come back positively at Spa. Of course, we all wish Felipe the best with his recovery to good health for the next race.”