Alonso’s McLaren Move was All About Money – Niki Lauda 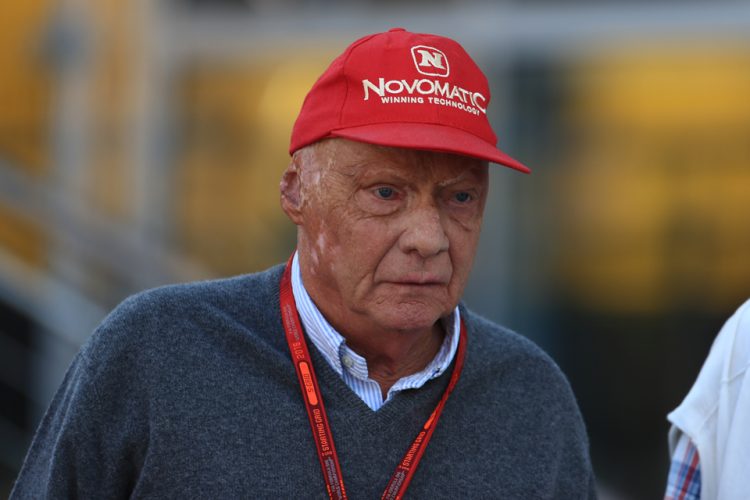 Speaking about Mercedes AMG Petronas Formula One Team’s 2018 driver line-up, Niki Lauda has shown no sympathy for Fernando Alonso and his current struggles.

While the likes of former racers, Nico Rosberg and Mark Webber have shown their support for Alonso and the issues he has had in recent years with the underperforming McLaren-Honda Formula One Team, Lauda, who has fielded repeated questions about a possible Alonso/Mercedes deal, believes the Spaniard only has himself to blame.

Alonso left Scuderia Ferrari at the end of 2014 to join the newly reformed McLaren/Honda partnership, with Lauda believing the decision was based largely on money. Asked if he had any advice for Alonso, Lauda gave a cold response.

“Nothing at all,” he told f1i.com. “He’s where he is because he wanted to make a lot of money at McLaren.”

Current Mercedes star, Lewis Hamilton’s Mercedes contract expires at the and of 2018 but Lauda is yet to concern himself with contract discussions with the team’s three-time world champion.

“We will soon be able to say something about 2018. Personally, I’m very satisfied with Bottas.

“I think our lineup is the strongest, because together Vettel and Raikkonen are weaker and Verstappen and Ricciardo are less stable,” he added.

Lauda also denied once again that Max Verstappen and Sebastian Vettel have been targeted by Mercedes for the future.

“Verstappen is waiting for a top car and is disappointed now, but he must fulfil his contract,” he said.

“Vettel will stay with Ferrari,” Lauda added. “So it’s not an issue for us.”

By James Thomas
2 Mins read
Max Verstappen topped the timesheets of Free Practice Three ahead of Lewis Hamilton in the lead up to a thrilling Bahrain GP Qualifying at Sakhir.
Formula 1

By Paul Hensby
4 Mins read
Sebastian Vettel would be happy not to use Pirelli’s 2021 C3 Compound again after testing on it during free practice in Bahrain on Friday.
Formula 1

By Paul Hensby
2 Mins read
Guenther Steiner says an announcement will come within the next couple of weeks to who will race for Haas during the 2021 Formula 1 season.