Carlos Sainz Jr: “We Just Didn’t Have the Pace to Score Points Here” 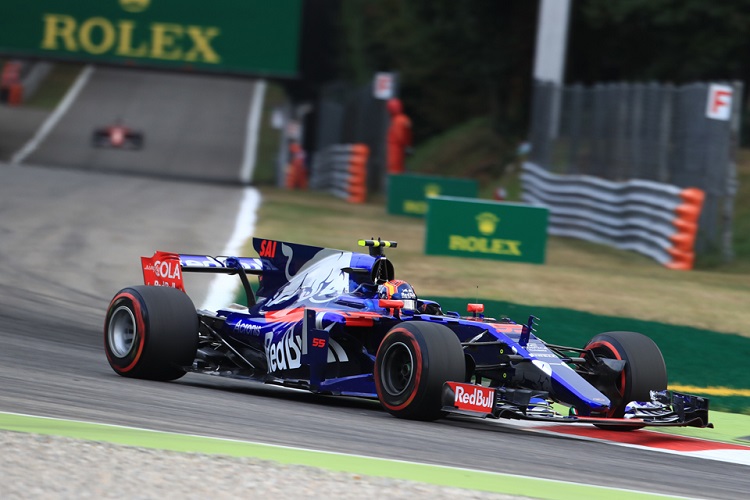 Carlos Sainz Jr has admitted that a lack of power and a hampered set-up cost the team a much-need points finish at the Italian Grand Prix.

Sainz explained that rather than a single thing costing the team time, it was the entire Scuderia Toro Rosso package wasn’t up to scratch, saying that a lack of power led to compromises on set-up – both of which conspired against the team.

“Not where we wanted to finish, but today we struggled simply because we don’t have a good package to go racing here in Monza,” said Sainz.

“It’s not just about lacking power but, because of that, we needed to take out a lot of downforce, which meant that in the corners we were slow and on the straights we were only okay, but not fast enough.

“We just didn’t have the pace to score any points here.”

It was a disappointing fourteenth place for the Spaniard, with Monza being the first time this season that he’s failed to score points in a race he’s finished, but despite the uncharacteristically poor performance at Monza, Sainz Jr. is looking forward to the upcoming Singapore Grand Prix, and he feels the Marina Bay street circuit will be much more competitive.

“It was always going to be a very tough weekend, but now we move onto Singapore, where we should be more competitive and I look forward to fighting for points again!”