Daniil Kvyat: “I made a mistake and missed a good opportunity” 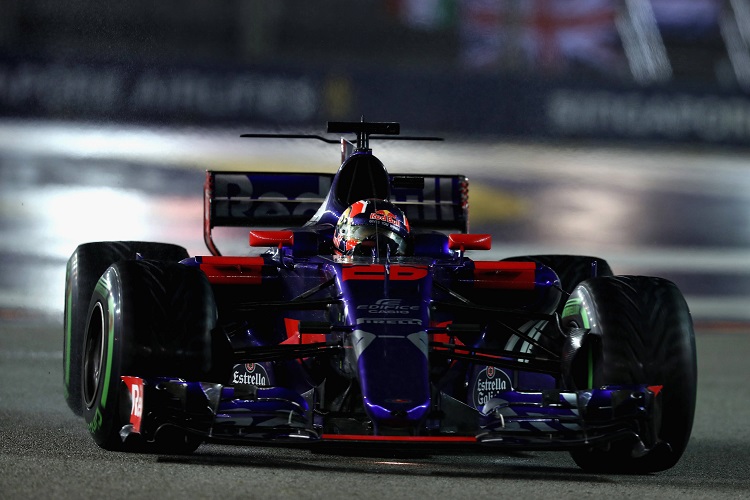 Daniil Kvyat was left to rue a mistake at the end of Raffles Boulevard on lap eleven of the Singapore Grand Prix that saw him crash into the barriers to bring out the races second safety car period, with the Russian feeling that the error cost him a chance of points.

The Scuderia Toro Rosso driver had just made a pass on Kevin Magnussen on the run down to turn five, but on the same lap, his first lap without being in his tow, he locked up his front brake and went into the tyre wall on the exit of the turn seven, ending his evening.

With team-mate Carlos Sainz Jr securing a career best finish in fourth, Kvyat felt it was another missed opportunity for points, with the Russian now forty-four points behind the Spaniard in the championship standings with just six races remaining.

“What a shame. Unfortunately I made a mistake and missed a good opportunity of scoring a good result today,” said Kvyat.

“I managed to overtake Magnussen and straight after that I locked my front wheel and went straight into the wall… I didn’t expect this to happen so.

“It’s very disappointing, but this is how it is sometimes.”