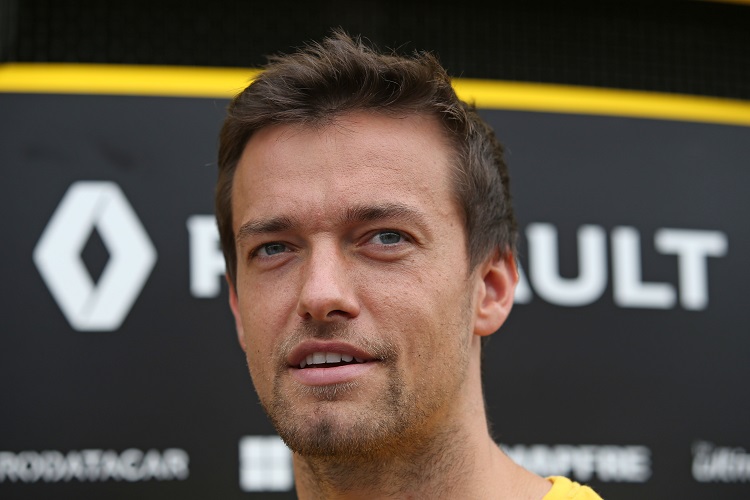 Jolyon Palmer’s future in Formula 1 is increasingly hanging on by a thread, but for now at least, the Briton is focused on performing at this weekends Singapore Grand Prix, aiming to break into the points for the first time this season.

Rumours in recent days are linking Carlos Sainz Jr with an imminent move to the Renault Sport Formula 1 Team in place of the Briton, but Palmer heads to Singapore this weekend looking for his first top ten result since the Malaysian Grand Prix last year on a track where he has fond memories on, having won around the Marina Bay Street Circuit during his GP2 Series career.

“I love Singapore as it’s a highly unique event under the lights,” said Palmer. “I’ve won there in the GP2 Series and it was one of my best wins. In fact, I raced there two years running and both years were very good.

“Hopefully I can create more good memories there. It’s a cool feeling driving at night as you can see the circuit very clearly from the lights but your vision is channelled as the background is in darkness.”

Palmer admits the layout of the Marina Bay track means getting a perfect lap is a challenge in itself, and it requires total concentration right from the first corner, and with it being the one true night race on the calendar, it is a different kind of weekend for a driver.

“The final sector is a real challenge with the section under the grandstand,” said Palmer. “It’s tight over the bridge too so you need your wits about you. Stringing a perfect lap together is very testing.

“Over the bridge and the middle of the lap are pretty tough to get right as you’re braking as you turn so it’s easy to lock a wheel, and the last sector is very tight and twisty.

“We see the circuit change a lot over the weekend as the surface rubbers in then the climatic conditions are reasonably different between FP1 and FP2, then FP3 and qualifying.

“Getting a good handle on the balance of the car gives us plenty of work as generally it’s cooler later in the night. It’s not your usual race weekend!”