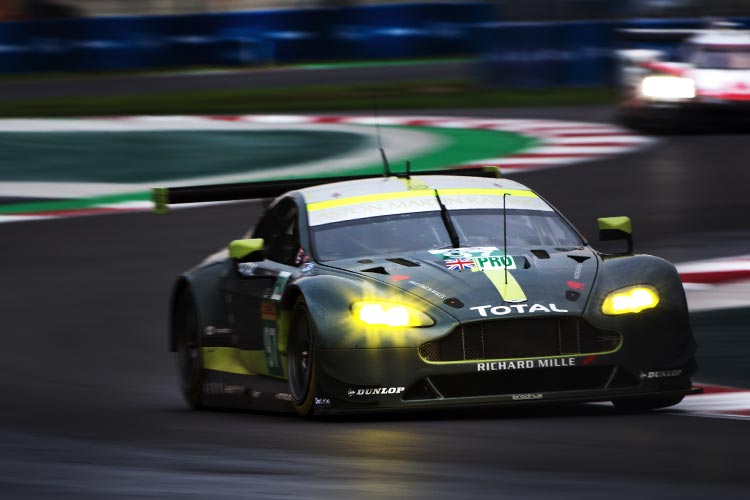 Darren Turner was left wondering what could have been at the fifth round of the 2017 FIA World Endurance Championship – the 6 Hours of Mexico after the #97 Aston Martin suffered brake issues throughout the weekend, ultimately putting them out of contention.

Along with Jonny Adam and Daniel Serra, the trio were struck with braking issues from the word go. While the issues where minor during practice and qualifying, and the team beleived they had solved the problems prior to the race, it soon became clear that the issue was bigger than first thought.

“Even on the run into Turn One I didn’t have full confidence in the brakes,” explained Turner. “Then after two or three laps the problem started to get worse. I tried to keep going as long as I could but unfortunately the pedal ended up going to the floor.

“That’s when we boxed for the first time, to give the team chance to find the source of the problem,” he continued. “Nothing was obviously wrong so we tried changing certain elements of the braking system and working through to to solve the issue.”

With the team trying to fix the issue, they soon dropped down the order and despite their pace the chance of challenging at the front soon ended, turning the remainder of the race in to an extended test session.

“The brake problem was unfortunate as we had the pace to be on the podium in Mexico,” said Turner. “Although it wasn’t a good weekend for us the #95 crew had a great weekend and took their first win of the season so that was a great result for the team.”