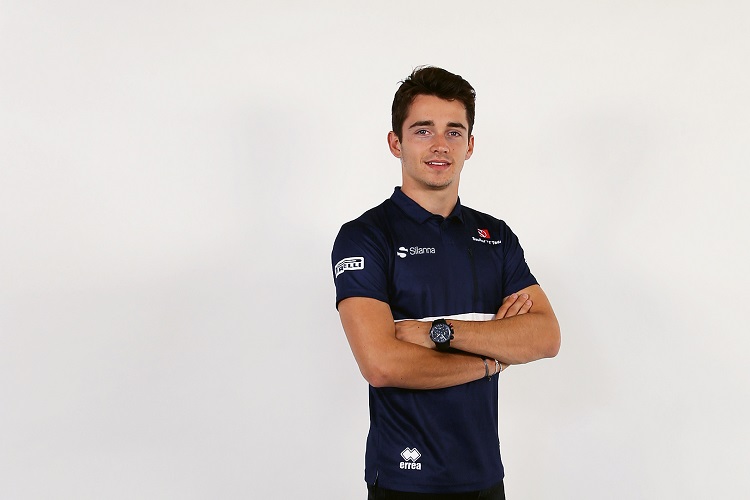 The Sauber F1 Team has confirmed that Charles Leclerc will get four free practice outings with the Hinwil-based outfit in 2017, with his first session now set for the Malaysian Grand Prix at the end of September.

The current FIA Formula 2 Championship leader and reigning GP3 Series champion will also take part in sessions in the United States, Mexican and Brazilian Grand Prix, and although the driver he will replace in those three events has yet to be confirmed, he will take over the car usually driven by Marcus Ericsson at the Sepang International Circuit.

Leclerc is aiming to become the first Formula 1 racer since Olivier Beretta back in 1994 when he raced in the opening ten races of the season for Larrousse, although Robert Doornbos raced under Monaco colours in 2005 before switching to his Dutch homeland thereafter.

Leclerc currently leads the Formula 2 standings by fifty-nine points heading into the penultimate round of the championship at the Circuito de Jerez at the beginning of October, and has been heavily linked with a promotion to the Sauber race seat next season, as has fellow Scuderia Ferrari test driver Antonio Giovinazzi.

It is believed that Ferrari President Sergio Marchionne has spoken to officials at Sauber about placing one or both of the youngsters in the team for 2018, and as a result current drivers Ericsson and Pascal Wehrlein could find themselves without a seat next season.

By Joe Ellis
1 Mins read
A surprise on the opening day of pre-season F2 testing as David Beckmann sets the pace in Bahrain.
Formula 1

By Paul Hensby
2 Mins read
Pirelli will remain as Formula 1’s sole tyre manufacturer until at least the end of the 2024 season.