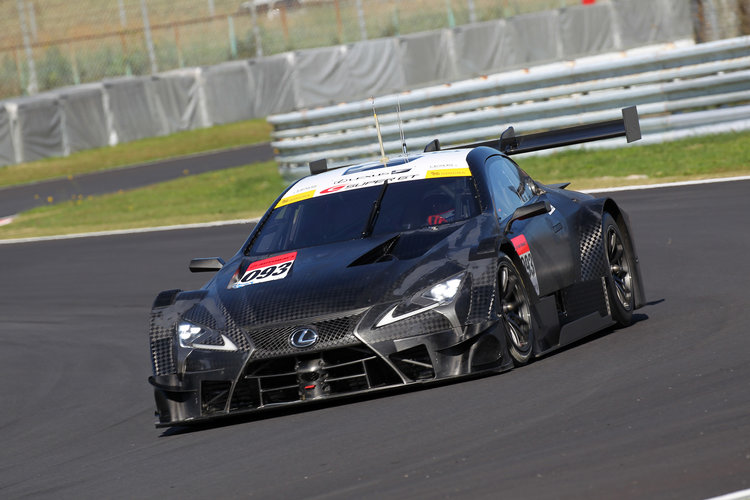 For the finale of the 2017 DTM Series at the Hockenheimring rans will be treated to demonstration laps by Super GT cars.

The Lexus LC 500 and Nissan GT-R will take to the track for a 30 minute practice session on Friday followed by two 15 minute runs at racing speed – one on Saturday and the second on Sunday.

DTM fans will be able to get a taste of what they are set to expect when the series’ can go head-to-head.

In return DTM cars will complete a similar demonstration at the Super GT finale at Motegi in November.

“This is a great honour for us. I am delighted that SUPER GT cars will be making an appearance at a DTM event for the first time,” said DTM chairman Gerhard Berger. “This is not only a special treat for our fans, but also a strong sign for the future of the DTM, and of how seriously the cooperation with the Japanese GTA organisation and the series’ three manufacturers is being taken.”

GTA president Masaaki Bandoh, added: “This is proof of the close relationship between SUPER GT and the DTM. Both series feature the world’s leading manufacturers.”

This comes as part of a continued push between DTM and Super GT to introduce a joint set of regulations – know as Class One – for 2019.

For a number of years now the series’ have been cooperating and had planned to enter into a shared technically agreement from 2017.

The regulations are set to include a move away from the DTM’s current V8 engine formula to formula to four-cylinder, two-litre turbo engines. The DTM is also aiming to reduce the number of mounted aerodynamic parts on its cars and introduce stricter safety standards for crash elements at the front, rear and side of the car.

Following Mercedes‘ shock decision to pull out of the DTM at the end of the 2018 season, Audi and BMW have announced the development of engines to Class One regulations.

BMW take their first DTM win of the season at Lausitzring

By Ben Carr
1 Mins read
Nico Müller wins from pole in the second race of DTM’s opening weekend at the Portimão Circuit.