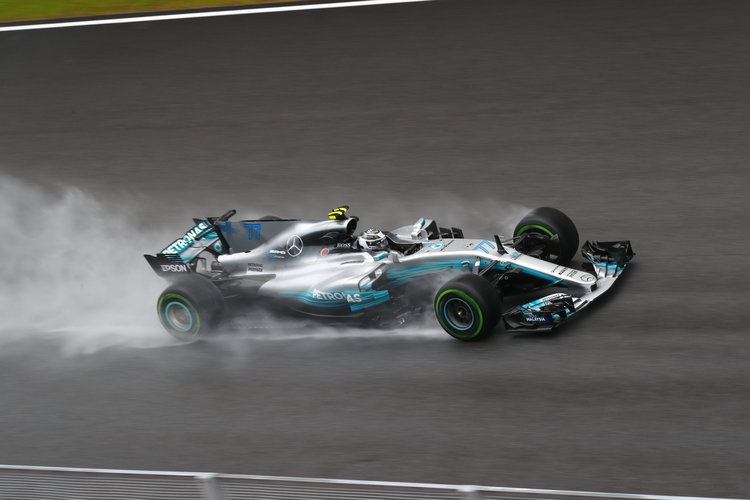 Mercedes AMG Petronas Formula One Team driver Valtteri Bottas says today was not the best in terms of preparation, with time lost in both practice sessions.

The red flag at the end of the session following Haas F1 Team driver Romain Grosjean’s crash, having hit a raised drain cover, also did not help their test programme.

“Those were obviously tricky practice sessions.

“We had quite limited running because of the rain in the morning. I also had a bit of an off in FP2 that cost us some time, we lost a few laps because of that. And then there was of course the red flag in the end.

“We didn’t get all the test items tested today, but I think that is going to be the case with all the teams.”

Bottas finished the second practice session 1.5 seconds off the pace of Scuderia Ferrari driver Sebastian Vettel, making it clear Mercedes were losing performance somewhere. The Finn believes this was down to the lack of overall grip, rather than car set-up however, and is hopeful that they can rectify the situation before tomorrow’s action gets underway.

“We’re definitely lacking some performance, it seems like Ferrari and Red Bull are very strong. So we have some work to do if we want to be on the front row tomorrow.

“The car balance itself didn’t feel too bad; it’s just a question of overall grip. The key area we are going to need to focus on tonight will be getting the maximum out of the tyres over one lap.”