Felipe Massa: “It was a good Friday and it’s nice to be in the top 10” 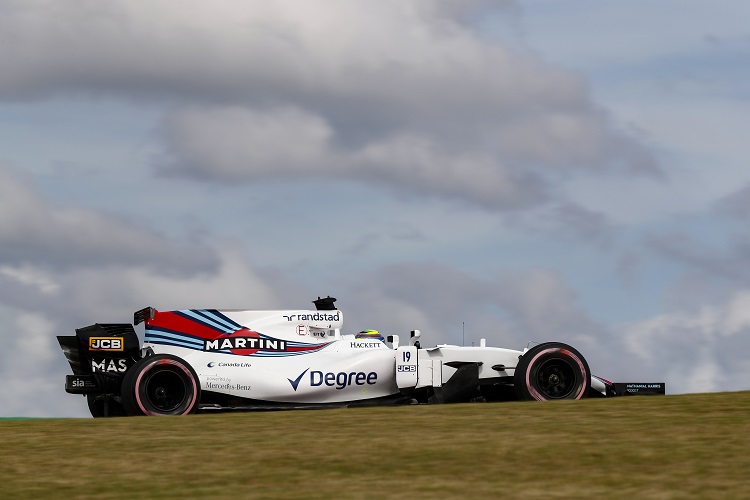 Felipe Massa was in a positive frame of mind after ending both of Friday’s Free Practice sessions at the Circuit of the Americas inside the top ten, with the Brazilian feeling his Williams Martini Racing car felt strong in all conditions.

With his future in the team and in Formula 1 unclear with Williams testing both Robert Kubica and Paul di Resta in recent weeks to establish who will race for the Grove-based outfit next season, Massa finished sixth in the mixed conditions of Free Practice one, before ending eighth fastest in the afternoon, 1.792 seconds off the ultimate best time set by Lewis Hamilton.

“It was a good Friday and it’s nice to be in the top 10,” admitted Massa. “I feel the car is competitive so I’m happy. I was happy with the balance, and even in the wet conditions this morning the car felt okay.

“I really hope tomorrow we have a car as competitive as the one we had today so we can hopefully fight at the front and score some points.”

Team-mate Lance Stroll had a more difficult day, finishing twelfth fastest in the first session and sixteenth in the second, with a headrest issue compromising him on his fastest lap.

The Canadian hopes to have less problems and more pace on Saturday, as he feels that the FW40 appears to be competitive this weekend in the United States.

“It was okay and the usual Friday, getting into it and figuring everything out for tomorrow,” said Stroll. “We had a couple of issues here and there with little things like the headrest coming loose on my best lap so I couldn’t complete it, but all in all it was okay.

“Because of the problems in Japan, and again here with the headrest, I have never been able to feel the car with the new wing and the new configuration. That is a bit frustrating so we just have to start putting things together to finish the runs to show where we are.

“The car feels competitive so it is just about putting it all together tomorrow.” 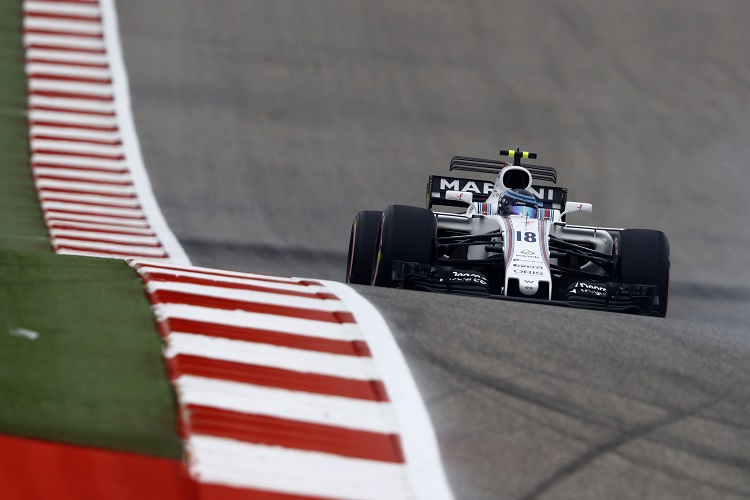 Lance Stroll was 1.328 seconds off his team-mate in FP2 – Credit: Steven Tee/Williams