Fernando Alonso: “I believe there’s still quite a bit to get out of the car” 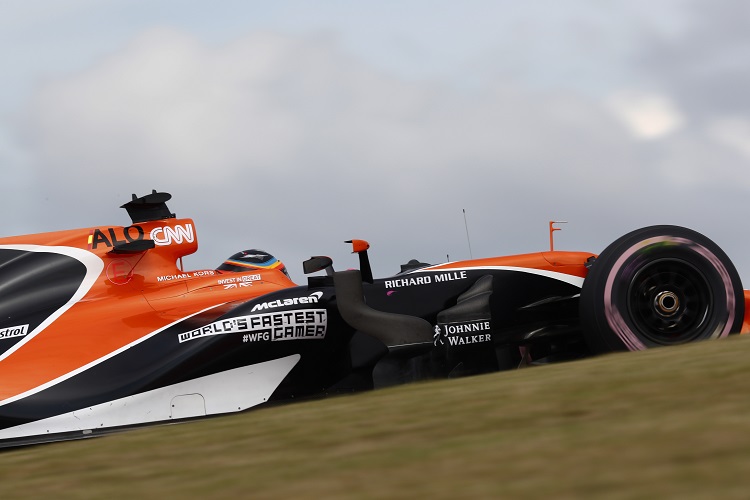 Fernando Alonso was left to reflect on a disappointing morning session at the Circuit of the Americas on Friday that saw him fail to set a lap time due to a hydraulic issue on his McLaren Honda Formula 1 Team car.

The Spaniard was hoping to test a number of aero parts that are aimed for the 2018 season during the session, and although they used a portion of the afternoon session to run them, they are likely to be tested properly next weekend at the Autodromo Hermanos Rodriguez.

“We lost the first session this morning because of an hydraulic issue, which was quite painful because we had several items to test, including for next year,” said Alonso.

“We tried to catch up in the second session but it was difficult, so I think we’ll try them again in Mexico.”

The afternoon session was much more productive, especially looking to the rest of the United States Grand Prix weekend, with Alonso finishing seventh fastest, the best of the rest behind the leading three teams.

Alonso, who was 1.636 seconds off the pace of Lewis Hamilton, still feels there is time to be found, and should they be in or around the top ten during Qualifying on Saturday, McLaren would be in a good position to attack for points on Sunday.

“I believe there’s still quite a bit to get out of the car – still some tenths to find, which I think probably everyone will find,” said Alonso.

“We know [Max] Verstappen and [Nico] Hülkenberg have penalties, so if we manage to get into Q3 tomorrow, we’ll be able to start from an even better position. But if we don’t make it into Q3, and we can start eighth or ninth on new tyres, it could be very good too.”

Alonso says there are more bumps on the Circuit of the Americas track in 2017 than in previous years, but the 2017 cars make it an enjoyable experience to attack the corners, particularly in the first sector.

“It’s nice to drive on this track with this year’s cars,” said Alonso. “It’s much more fun, especially through the fast corners in the first sector.

“There are many more bumps than last year, so we’re holding tight on the steering wheel and with the seatbelt tightly fastened. But it’s fun!”