Kimi Raikkonen: “The final result is far from being the best possible” 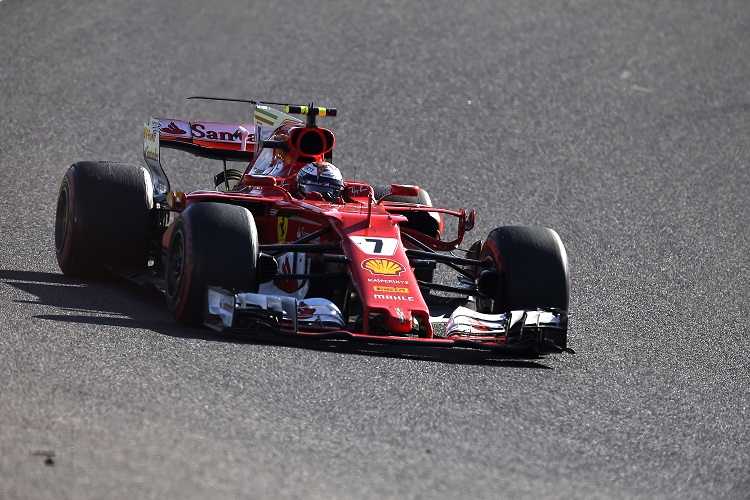 Kimi Raikkonen recovered from his midfield grid slot and being forced wide by Nico Hülkenberg to finish the Japanese Grand Prix in fifth position, but the Finn admitted it was a tricky race from start to finish on Sunday.

The Scuderia Ferrari driver started tenth but fell even lower thanks to being delayed by the failure of the move on Hülkenberg, but despite this, he still managed to move up to fifth, even if he ended up more than half a minute down on race winner Lewis Hamilton, and twenty-two seconds down on fourth placed Valtteri Bottas.

“Our starting position today was not ideal,” said Raikkonen. “I did a decent start on the soft tyres and in the first lap I tried to gain some positions, but when I attempted to pass a Renault I ran wide and lost some places; so I had to make them back.

“The feeling in the car was a little bit tricky all the way through the race, not the nicest balance; some laps were ok, some others a bit more difficult. It’s quite tricky to follow other cars on this track; we did a fairly good job out of overtaking people but we were too far from those at the front.

“Obviously, the final result is far from being the best possible.”

Raikkonen admitted it was disappointing that mechanical issues have affected the Ferrari team in recent races, with team-mate Sebastian Vettel retiring with an engine-related issue in Japan just a week after the Finn himself failed to start in Malaysia due to a technical problem.

“As for Sebastian, I don’t know what happened; we have made a lot of improvements over the last few years as a team, but now, for whatever reason, we suddenly seem to have technical issues coming out from nothing,” said Raikkonen.

“It’s kind of weird, our cars are running perfectly and suddenly on Sunday there is an problem that nobody expects. There is some work to be done on that side. Then we are going to push until the last lap of the last race and we’ll see where we end up.”