Olsbergs MSE will make their third appearance of the season in the 2017 FIA World Rallycross Championship as Oliver Eriksson has been confirmed to take part alongside South African Ashley Haigh-Smith at the final round of the year.

Eriksson has already competed in the series once this year at the World RX of Sweden, where the young Swedish driver finished in seventeenth place at the wheel of an Olsbergs MSE Ford Fiesta Supercar. Eriksson will again be behind the wheel of the Fiesta in the World RX of South Africa on 11 -12 November.

The former GRC Lites champion has been competing full time in the Global Rallycross Championship this year in an Olsbergs MSE run Honda Civic, where he finished in sixth place overall with four top five finishes for his efforts in the top flight Supercar class.

After his outing in Sweden earlier this year, Eriksson is fully aware of the task ahead as he returns to World RX next month, where he will be the youngest driver in the field. 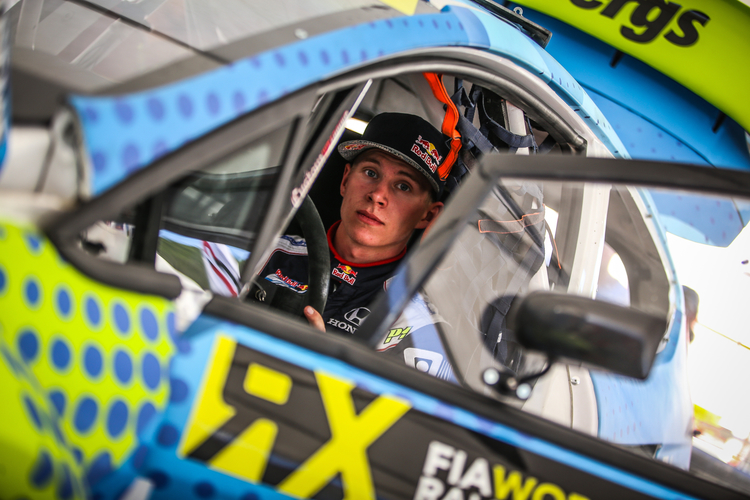 Eriksson will be the youngest driver at the 2017 World RX of South Africa. Credit: Olsbergs MSE

“I’m under no illusions about the difficulty of the challenge ahead, the calibre in World RX is exceptionally high,” explained Eriksson.

“To even make it into the semi-finals will be an achievement in itself, but it’s fantastic to have another opportunity to prove my potential on such a major stage.”

However, with this being the first visit to the Killarney International Circuit by all of the World RX drivers and teams, the Swedish teenager is looking forward to taking advantage of the opportunity ahead, where this is new ground for everyone in the Paddock.

The Honda GRC driver is well aware of the high level of driver quality in World RX. Credit: Olsbergs MSE

“The track will be new to just about everybody, and from what I’ve seen it looks awesome! It should be a brilliant event to conclude the season, so let’s get out there and put on a spectacular show!”

By Pontus Lindroos
2 Mins read
On the same time as Cooper Tires was revelead as the official title sponsor for World RX of Montalegre, the entry list got published which is featuring a 8-car grid for the penultimate round
FIA World Rallycross

By Pontus Lindroos
2 Mins read
The FIA has now revealed there will be atleast a 14-car grid in the new all-electric RX1e class for World RX 2022, which will take over the internal combustion engine Supercars!