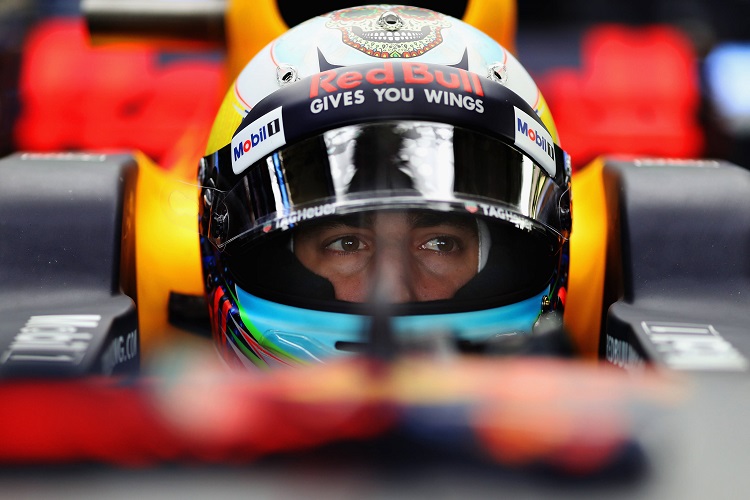 Daniel Ricciardo will take a grid penalty for the Mexican Grand Prix after Red Bull Racing decided to change his engine ahead of Sunday’s race.

Ricciardo had qualified seventh on the grid on Saturday, almost a second slower than the pole time, but with his last power unit coming towards the end of its life, it was decided to take the penalty in Mexico rather than in either of the last two rounds in Brazil or Abu Dhabi, tracks that are likely to suit Red Bull more than the Autodromo Hermanos Rodriguez this weekend.

With the similarly-powered Scuderia Toro Rosso team having a number of engine related issues in Mexico, and with Ricciardo’s engine turning itself off last weekend at the Circuit of The Americas, it was decided to play it cautiously and switch Ricciardo’s power unit.

The Australian joins Fernando Alonso, Stoffel Vandoorne, Brendon Hartley and Pierre Gasly on the engine penalty list, and he is ready to push hard to climb up the order to finish inside the points.