Romain Grosjean: “The truth of one race is not the truth of the next one” 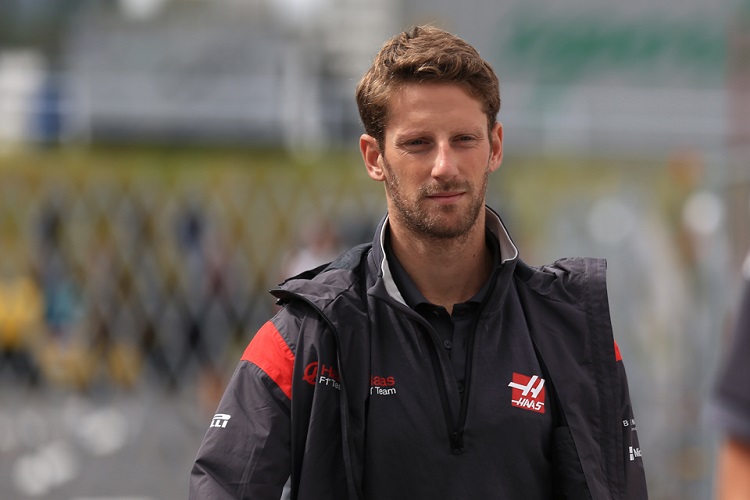 Romain Grosjean says the three race visit to Asia for the Singapore, Malaysian and Japanese Grand Prix were good for his Haas F1 Team, with the Frenchman finishing in the top ten in two of those races.

A ninth place finish in Singapore was followed by a difficult weekend in Malaysia, but turning their form around again to get both cars into the top ten last time out in Japan please Grosjean, and it proved again that Haas continue to develop and grow as a team as they approach the end of their second campaign.

“I guess it was a pretty good three-race swing in Asia,” said Grosjean. “We had ups and downs but, generally, we learned a lot, especially after Sepang – getting it right for Suzuka.

“A double-points finish for the team was pretty big. Singapore, we saved what we could. We didn’t have huge performance, but we had a pretty good race. In Japan we found the sweet spot on the tyres, so that was good.”

“It’s important for the constructors championship because there’s a tight fight there. Austin is always a special one for us. It shows that we’re growing up. We’re going there for the second time in our history, and off the back of eighth- and ninth-place finishes, which is pretty good.”

Although the result in Japan was great for the team, it doesn’t guarantee they will be competitive in the United States Grand Prix this weekend, and Haas will need to a lot of work in order to be a top-ten contender in their home race.

Grosjean, who finished second at the Circuit of the Americas back in 2013 while with the Lotus F1 Team, says he enjoys racing at the circuit more now he is racing for an American team, as, until next season, it is the closest he has to a home race.

“The truth of one race is not the truth of the next one,” said Grosjean. “It was a good result for us, for Gene (Haas) – who was there – it was a very proud moment.

“I’m proud of all of us, but for Austin we need to focus on what we can do. We need the right set-up, get the right tools and just work as we do, normally. It was pretty good in Japan, but it doesn’t necessarily mean that it’ll be the same in Austin. We need to work hard to make it good.

“I’ve always loved Austin, but since I’ve been a Haas driver, I love it even more. I haven’t had the chance to have a national grand prix – that’ll come next year in France – but Austin is the one where I get to represent America.

“We had a lot of fans and people really came to see the race. It’s a great venue and one of the best new tracks we’ve had in quite a while. The track was great, the city is nice, and it was a very nice experience.”

By Paul Hensby
5 Mins read
Sergio Pérez is continuing his preparation ahead of his first season with Red Bull Racing after joining the team at the end of 2020.
Formula 1

By Robert Percy
2 Mins read
New format for race weekends as Formula 1 heads in to the 2021 virtual Grand Prix season.