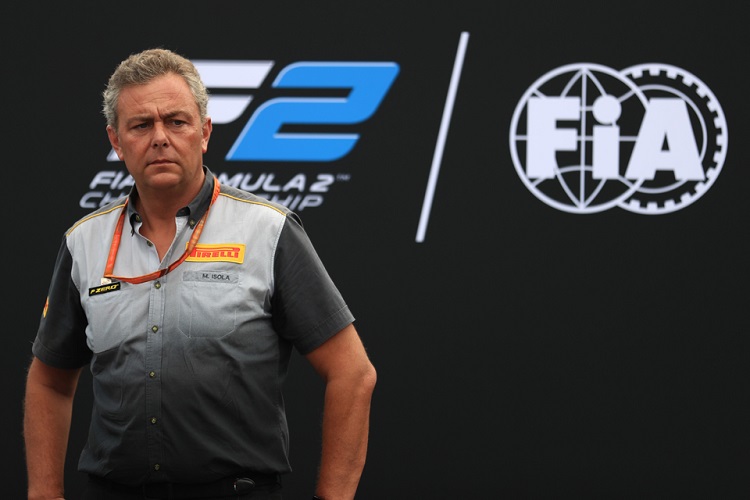 The lap record around the Suzuka International Racing Course looks set to be under threat this season, according to Pirelli Motorsport’s Head of Car Racing, Mario Isola.

Kimi Raikkonen’s 2005 lap time of 1:31.540s remains the all-time lap record, and although Sebastian Vettel’s best was a 1:35.118s last season, the 2017 machines, coupled with Pirelli’s decision to bring softer tyres to Japan than in 2016, should mean a big jump in lap times under racing conditions.

Isola believes the g-forces that drivers will face at Suzuka will be impressive this season compared to previous years, and as such the tyres will need to be properly managed to prevent excessive thermal degradation.

“In the case of Suzuka, this is particularly pertinent as it’s one of the most challenging tracks for tyres of the entire year, with a very big emphasis on lateral loads that can cause thermal degradation if the tyres are not properly managed.

“This is also one of the reasons why the drivers enjoy Suzuka so much; with the cars travelling a lot faster through the corners this year under the new regulations with wider tyres, it’s very possible that we will see another lap record fall and some truly impressive maximum g-force loadings.”

Title rivals Lewis Hamilton and Sebastian Vettel have gone the same way with their tyre choices for the Japanese Grand Prix, with both the Mercedes AMG Petronas Formula One Team racer and Scuderia Ferrari driver taking seven sets of Supersoft tyres alongside five sets of Soft tyres and one set of Medium tyres.

Only Haas F1 Team racer Kevin Magnussen has gone the same way with his choices, although Valtteri Bottas, Kimi Raikkonen, Sergio Perez, Esteban Ocon and Romain Grosjean have all gone with seven sets of Supersoft but have juggled around with their choices of other compounds.

Bottas, Raikkonen and Grosjean, team-mates to Hamilton, Vettel and Magnussen respectively, will all have four sets of Soft tyres and two sets of Medium tyres, while the two Sahara Force India F1 Team drivers will have three sets of both compounds.

The Williams Martini Racing duo of Felipe Massa and Lance Stroll are the only drivers to bring eight sets of Supersoft tyres to Japan, alongside four sets of Soft tyres and one set of Medium tyres.

Daniel Ricciardo and Max Verstappen (both Red Bull Racing), Carlos Sainz Jr. and Pierre Gasly (both Scuderia Toro Rosso), Nico Hülkenberg and Jolyon Palmer (both Renault Sport Formula 1 Team) and Marcus Ericsson and Pascal Wehrlein (both Sauber F1 Team) have all gone the same way with their tyre choices, with nine sets of Supersoft tyres alongside three sets of Soft tyres and one set of Medium tyres.

The only two drivers on the grid to go with ten sets of Supersoft tyres are Fernando Alonso and Stoffel Vandoorne, with the two McLaren Honda F1 Team drivers having only two sets of Soft tyres and one set of Medium tyres in their allocation. 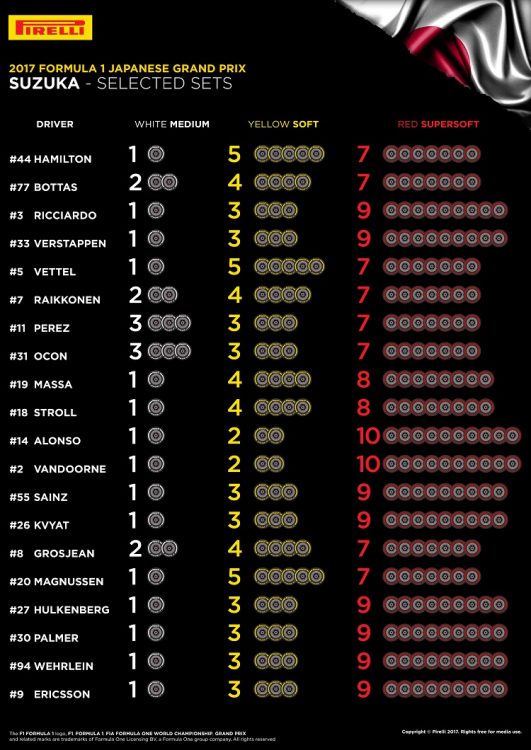 By Paul Hensby
1 Mins read
A decision to whether Portugal will host the third round of the 2021 Formula 1 season is likely to be made before the end of February.
Formula 1

By Paul Hensby
1 Mins read
The Dutch Grand Prix will only go ahead as planned in September if fans are allowed to attend, according to race promoter Jan Lammers.
Formula 1Formula E