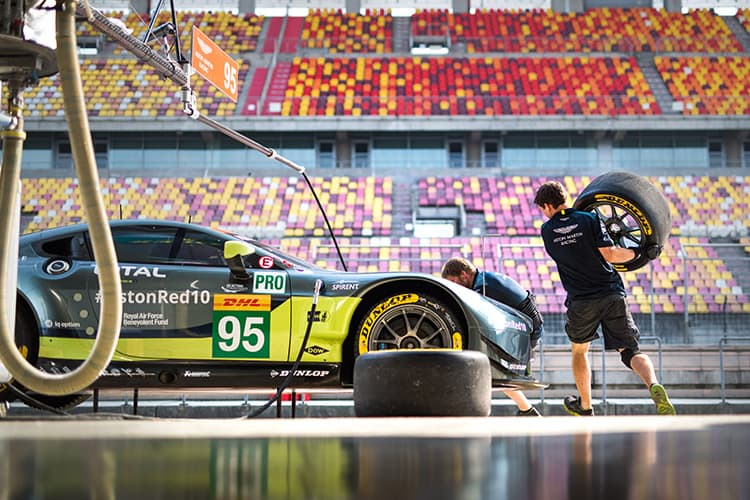 Aston Martin Racing head to China this weekend hoping to secure the championship lead in the GTE AM battle as the 2017 FIA World Endurance Championship heads to Shanghai circuit.

In 2016 Paul Dalla Lana, Pedro Lamy and Mathias Lauda secured victory in the #98 V8 Vantage and they will be looking to do the same this year to leap-frog championship rivals Christian Ried, Marvin Dienst, and Matteo Cairoli in the Dempsey-Proton Racing Porsche 911 RSR, who are currently one point ahead in the standings.

“Shanghai was extremely good to us last year with pole position and a win to take the maximum 26 points and we’ll be hoping to collect the very same again this time round.” said Dalla Lana.

“The competition has been tough over the past few races and this title is going to be hard to take, but for whoever finishes top of the table in Bahrain, that victory will be even sweeter”.

In the GTE PRO class, the #95 Nicki Thiim and Marco Sorensen and the #97 British duo of Darren Turner and Jonny Adam will both be chasing down the championship leaders, with both crews 39 points behind.

While a win will aid their championship battle it would also seal the teams fiftieth victory since the team’s inception in 2004, giving the current V8 Vantage GTE a perfect send off before the new car is introduced in 2018.

Team Principal of Aston Martin Racing Paul Howarth was positive ahead of the weekend, “The team are committed to claiming vital points this weekend in both the GTE Am and Pro classes this weekend.

“Obviously, we are in a great position for the championship battle with our #98 car and we’ll be looking for victories in both classes to keep our title hopes alive in the GTE Pro class too”.