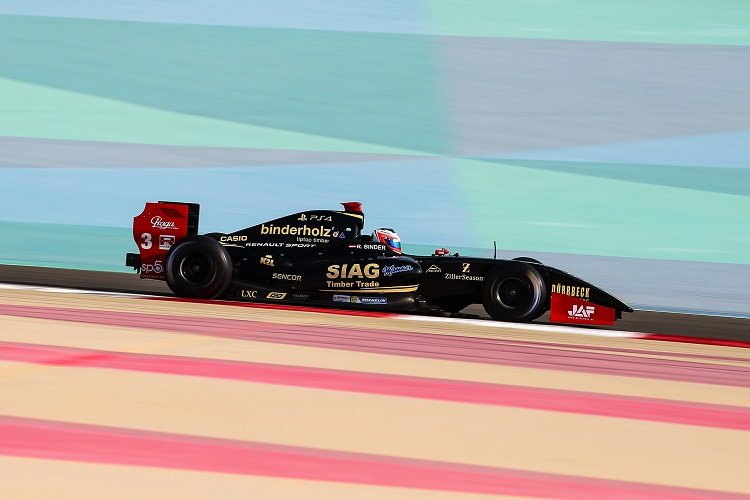 Rene Binder led home a Lotus one-two finish in the final race of the 2017 World Series Formula V8 3.5 championship at the Bahrain International Circuit, and thus ensuring the team ended the final year of the series with the Teams’ title.

Starting from pole position, Binder retained the lead at the start and through the pit stop sequence to clinch his fourth victory of the year ahead of team-mate Pietro Fittipaldi, who had taken the Drivers’ title the day before.

Fittipaldi gave it his all to take the win away from his team-mate, but despite the pressure, Binder prevailed by 2.542 seconds, while Tatiana Calderon took advantage of drive-through penalties for two of her rivals to claim the final spot on the podium.

Diego Menchaca was first to receive a drive-through after being deemed to have made an overtake on Yu Kanamaru under a yellow flag, while the Japanese racer was also penalised for forcing the Mexican off track at turn four as the duo battled for position.

Calderon withstood the pressure from RP Motorsport team-mate Roy Nissany before pulling away from the Israeli driver in the closing laps, who was left to defend his fourth place from race one winner Henrique Chaves, who had found himself facing the wrong way on lap two after being hit from behind by Alfonso Celis Jr.

Celis Jr. made his one and only stop at the end of the lap but was penalised with a twenty second penalty for taking his mandatory stop outside the pit window, although this did not cost him any position in the final results.

Kanamaru recovered from his drive-through to finish on Chaves’ tail at the chequered flag, while Menchaca could only finish seventh ahead of Fortec Motorsports team-mate Celis Jr., while Matevos Isaakyan’s miserable weekend continued with a second consecutive stall at the start, but unlike in race one he was able to get going on the lead lap, albeit finishing over eighty-five seconds off the race winner.

But the result for Isaakyan ensured the SMP Racing by AVF driver secured second in the championship standings behind Fittipaldi, eleven points clear of Celis Jr. and fourteen ahead of both Binder and Nissany.

Konstantin Tereschenko’s weekend ended with a spin and retirement at turn three on the opening lap, meaning Lotus had a free run to clinch the Teams’ title.

The top three in the championship now join the line-up for the FIA World Endurance Championship test this week in Bahrain, with Fittipaldi testing in LMP1, Isaakyan in LMP2 and Celis Jr. in GTE Pro, while Fortec Motorsports and the Charouz-run Lotus team are set to join the FIA Formula 2 Championship field in 2018. 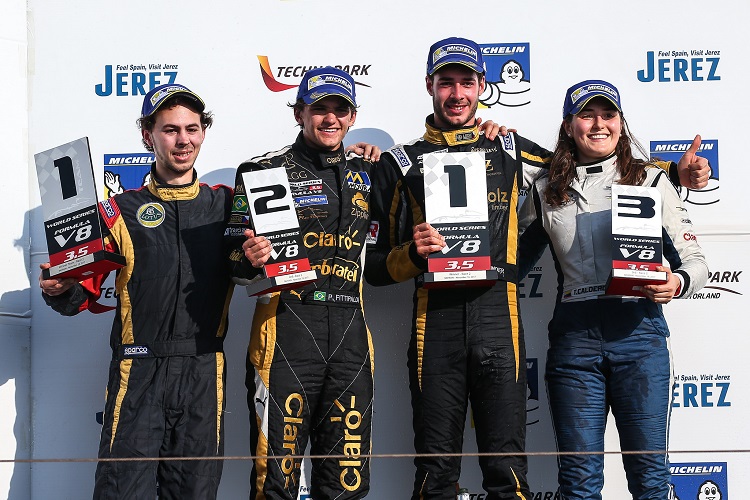