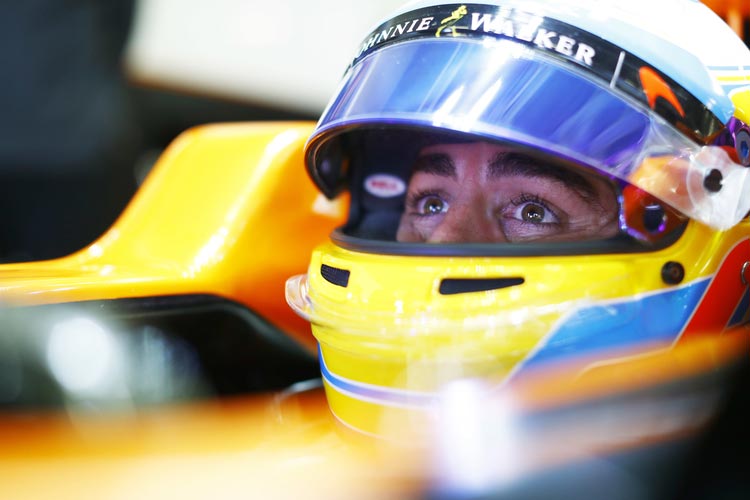 The track limits debate continues to rumble on with Fernando Alonso the latest driver to offer his thoughts, believing that gravel traps are not the answer.

Abuse of track limits has been an issue for a number of years, coming to a head this season following Max Verstappen’s demotion from the 2017 United States Grand Prix podium after he was found to be guilty of cutting a corner and gaining a position.

Following that incident, Verstappen moved to call for a return of the once ubiquitous gravel trap.

“Let’s put grass or gravel so that you cannot cut over the kerbs,” the Dutchman told f1i.com.

“For example in Suzuka I don’t think we have these issues, do we? I think the solution is very simple,” he added.

While the majority of the field – and many fans – agreed with Verstappen, Race Director Charlie Whiting was against the idea, believing gravel traps to cause more problems than they solve. Now, Fernando Alonso has spoken out against them too.

“I think races like the Porsche Cup or Formula 2 would put rubbish all over the track,” said Alonso.

“It would be incredibly difficult for us to have a clean track for when we run.

“I think we also have to consider that Formula 1 is not the only series that runs on these permanent tracks — there is also MotoGP, and they need completely different safety features.

“I think it’s incredibly difficult to reconcile everything.”