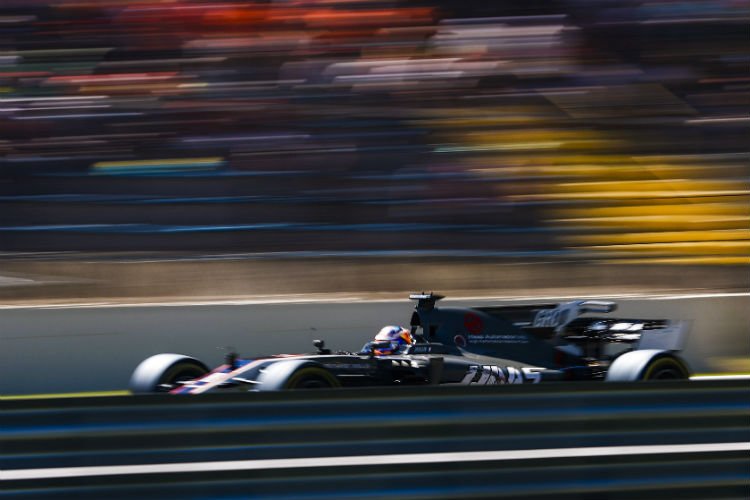 Haas F1 Team driver Romain Grosjean is planning to secure a many points as possible at the 2017 Abu Dhabi Grand Prix on Sunday, to add to the American squad’s tally, which is already higher than their overall total in 2016.

“As long as the last checkered flag isn’t down, you can always improve. We’re still very much in the match with the guys in front of us, and they’ve been struggling a little bit recently. We’re going to give it our all in Abu Dhabi and just play it like it’s the world championship.”

The Frenchman has said he will push to the maximum until the very end, especially when a position in the constructor’s standings is still at stake. However, although Haas have clearly made progress during their second season in Formula 1, Grosjean says points on the board are not the only determining factor of improvement.

“There’s much more than points.

“We’ve definitely made some good progress. We’re still behind what we could potentially do, that’s why the winter is going to be important for us to get everything ready for next season.

The Frenchman feels the American squad have performed well in 2017, considering how difficult their second year in the sport was always going to be, and says they have handled the challenges well.

“The main challenge was keeping the development rate going and understanding the new car. Clearly, we knew starting the season that the car from Melbourne would be fairly far from the one in Abu Dhabi. We just had to keep the development going and find the right areas to improve the car.

“There were a lot of them [challenges], but I think the atmosphere, and the team spirit we have, is the key to the team.”

He also feels that the unique set-up Haas have is definitely working well for them, and although it is not the orthodox method, it is definitely an alternative option for teams looking to join the sport, without fear of hitting financial and operational difficulties.

“I think so. Of course, we still haven’t reached our limitation with what we can do with our setup, because I’m sure we can be stronger and be up there.

“It works very well. There are a few adjustments to be made year-after-year, which Gene (Haas) and Guenther (Steiner) are doing. I’m sure the team can be very successful.”

As the practice sessions in Abu Dhabi take place during the day, but the drivers race in the evening, the only session that is really representative of the conditions experienced on Sunday is Free Practice 2, and Grosjean says that is where you need to do all the most important work of the weekend.

“The track does change a little bit, and that’s why Free Practice 2 is very important in Abu Dhabi. That’s the only session where you’re going to get the same conditions as qualifying and the race. You do need to work there. It does make a big difference if it’s sunny or dark.”

By Paul Hensby
1 Mins read
Dan Fallows will join Aston Martin from Red Bull on 2 April after the two teams came to an agreement over his release from his contract with the Milton Keynes squad.