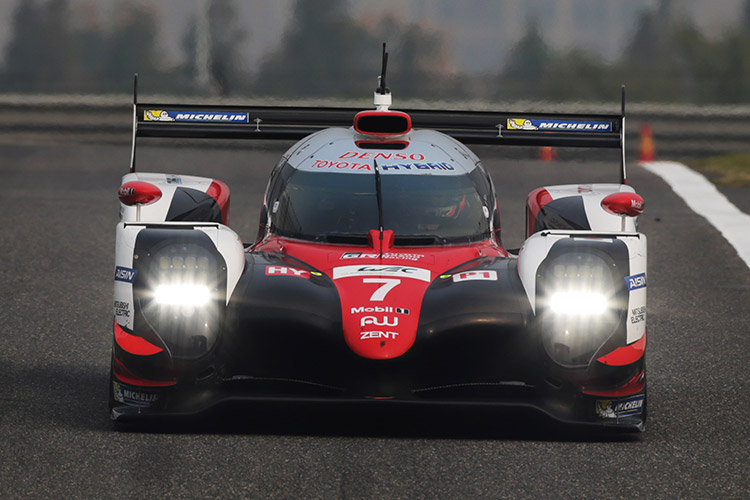 The final practice ahead of qualifying for the 2017 FIA World Endurance Championship – 6 Hours of Shanghai was a shortened affair after the session was stopped after forty minutes due to a damaged kerb.

Elsewhere in LMP1, Brendon Hartley was forced to head back to the pits while he was out on track due to mechanical issues, before this the #2 car had set a time good enough for third place ahead of the reigning champions in the sister #1 Porsche 919 Hybrid in fourth.

Records fell in the LMP2 class as Nico Muller set the fastest ever LMP2 lap around Shanghai with a time of 1:50.162 to top his class and finish the session in fifth place overall for G-Drive Racing.

The Vaillante Rebellion car piloted by Bruno Senna wasn’t far off of the pace, just 0.033 seconds behind the G-Drive car, and 0.470 ahead of the #38 Jackie Chan DC Racing car.

LMGTE PRO continues to be an unpredictable class as the Aston Martin of Marco Sorensen lead the way with a time of 1:59.836, ahead of the #67 Ford GT and the #92 Porsche 911 RSR in third.

Miguel Molina took the honours in the LMGTE AM class as he took the Spirit of Race Ferrari to the top of the times with a time of 2:01.924. The Clearwater Racing Ferrari with Matt Griffin at the wheel had dominated most of the session but had to settle for second place when the practice came to an end