After stepping away from the top class at the end of the 2016 season, Rebellion took four class victories and a further seven podiums on their way to the LMP2 championship.

Senna will be joined by Beche and the two former Porsche factory drivers Jani and Lotterer in one car while Gustavo Menezes heads up the second car with Laurent.

“I am very happy to be in LMP1 with Rebellion Racing for the 2018-2019 FIA WEC super season.” said Senna. “The many changes in the rules will be a huge challenge, but we have drivers and a quality team to deal with them. We will push very hard for those these crucial Le Mans wins!”

“Winning Le Mans would be crazy, but it is definitely the Rebellion Racing way of acting! I think we’re going to live one of the craziest seasons the team has known and I can not wait to be there.” added Beche.

Menezes joins the team for the full season after racing at the Petit Le Mans earlier this year, “I would like to thank Rebellion Racing and especially Calim Bouhadra and Alexandre Pesci for their trust.” said the American.

“I had a great time with Team Signature and now another adventure begins. I am 23 years old and now moving to the top category. It’s a great opportunity and it’s going to be incredible!” 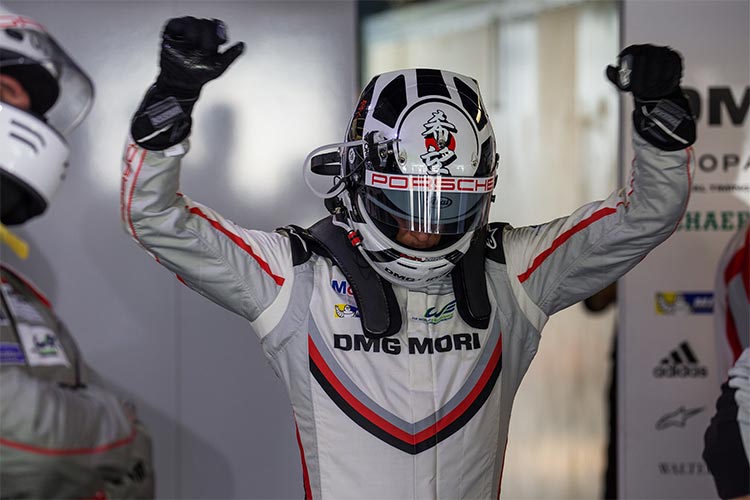 Jani and Lotterer finished fourth in the LMP1 class after a retirement at the 24 hours of Le Mans took them out of the championship battle, both drivers had recently expressed their desire to remain in the top tier after the announcement of Porsche leaving prototype racing.

“I am looking forward to coming back where my endurance career started 9 years ago.” said Jani. “Rebellion Racing played a huge role in my career and also helped me become a factory driver for Porsche.

“When Porsche stopped in LMP1, it was clear for me that I wanted to race again for Rebellion. With the new regulations, I hope we can reach the overall podium at Le Mans and with a bit of luck, maybe we can even grab some wins during the super season of WEC.”

Along with Jani, André Lotterer brings a huge amount of LMP1 knowledge from his years with both Audi and Porsche, “I am very happy to join the champion Rebellion team!” said the German.

“The LMP1 project is very exciting and to be able to go on with the 24 Hours of Le Mans and the FIA WEC challenge is something I did not want to miss. I am motivated and looking forward to have a great time with great people there!”

Thomas Laurent added “I look forward to meeting the whole team and other drivers, seeing the car and getting in it for the first time!

“Riding in a LMP1-category championship is a dream come true. I think the team will do everything they can to play at the forefront, so we have to live up to expectations! I can’t wait to work with experienced drivers again, as I’ve been to do all year long.”

Rebellion Run to Victory in a Race of Multiple Time Winners

Third Pole in a Row for Rebellion

Two Cars for Rebellion at Spa and Le Mans

The troubled star of Formula 1: What next for Pascal Wehrlein?