FIA World Rallycross Championship multiple race winner Andreas Bakkerud announced on Sunday night that he will be making his debut in the Andros Trophy, competing at the third round in Andorra next weekend.

The car that Bakkerud will be sharing the car with fellow World RX driver and double Andros Trophy champion Jean-Baptiste Dubourg, who has secured the title in the last two seasons of the competition.

The Norwegian driver revealed his plans over Social Media before explaining more to Motorsport.com.

“It’s a championship that I’ve been looking at doing for many years but never really had the time or possibility to do it,” said Bakkerud. “Snow and ice are typical Scandinavian conditions, but I have never been the totally sideways type of driver, so for sure there will be a lot for me to learn.” 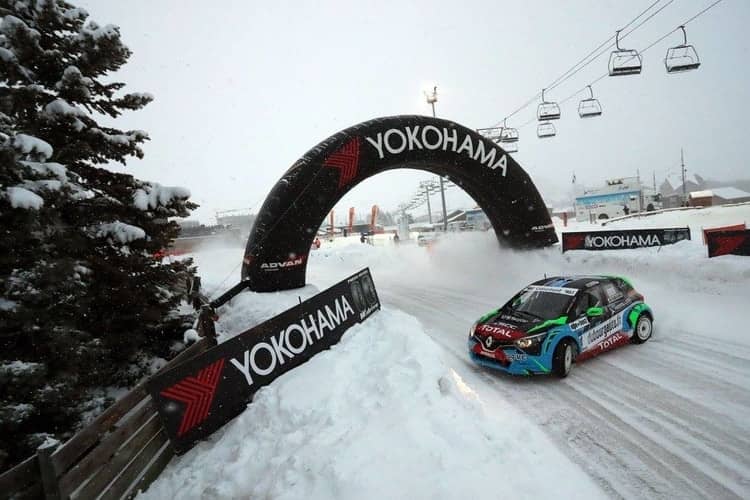 After Hoonigan Racing and Ford Performance announced their plans to withdraw from World RX after the 2017 season, Bakkerud was left without a drive. However, the Norwegian driver is closing in on a deal for the 2018 season.

“We have had a super-busy month working with getting the details in place for a contract for the new WRX season,” said the former Ford Works driver. “But we have had to make time for that of course. You need to have some fun while working hard also, and this is just a pure fun project. My first test in the car will be at the race on Friday.”

Bakkerud is closing in on a deal that will see him return for the 2018 FIA World Rallycross Championship. Credit: IMG / FIA World RX

With his debut only a few days away, Bakkerud is not looking to set expectations as he takes on the best in the Andros Trophy for the first time.

“I have absolutely no expectation for results, but if I can be a better driver from it and learn something as well as having a great time it’ll be just perfect for me. A big thanks to JB Dubourg and DA Racing for the chance to finally take part in this legendary race series that so many well-known drivers have done before me.”

Abbring switches to World RX for 2020