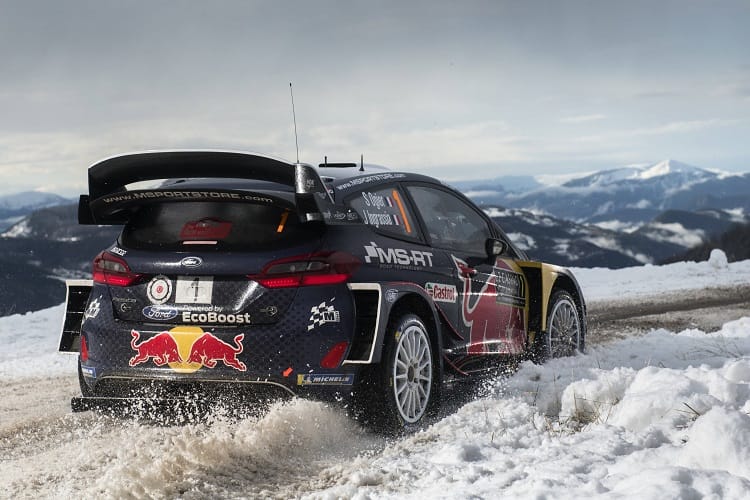 The snow fell overnight and the FIA World Rally Championship circus woke up to the kind of conditions we’ve come to associate with the Rallye Monte-Carlo, with dense snow coating both the morning stages. Saturday was made up of 5 stages in total, all located North of Sébastien Ogier‘s home town of Gap; Agnières-en-Dévoluy – Corps and Saint-Léger-les-Mélèzes, with another run through Bayons-Breziers, this time in daylight – but with a lot more of ‘the white stuff!’

The opening run through Agnières-en-Dévoluy – Corps (29.1km) might prove to have been the most significant stage on this year’s Monte, with many of the WRC drivers struggling to master the dense, hard-packed snow that littered the entirety of the course. Dani Sordo was the most high-profile victim, sliding off the stage and out of the rally, jamming his Hyundai into an especially deep, snow-lined ditch – much to the chagrin of his team!

Ogier started Saturday with a point to prove, keen to put the scrappy end to yesterday’s running well and truly behind him, and that’s precisely what he did. The Frenchman used the improving conditions on the first run through Agnières-en-Dévoluy – Corps to full effect, coming through second fastest (just behind Andreas Mikkelsen) and building a massive 1:18.4 second lead in the process.

Ogier’s performance on SS1 flung the ball firmly back into Ott Tanak‘s court, but the Estonian rose to the occasion by clawing back another 15 seconds on SS10. The gap between the former team mates dropped below the 1 minute barrier thanks to Tanak’s second run through Agnières-en-Dévoluy – Corps, Toyota‘s latest signing comfortably fastest despite a brief foray into a field. The shorter, dryer run through SS12 Saint-Léger-les-Mélèze saw Tanak again faster than the reigning champion, and he headed back to service with gap to Ogier cut back to 39.5 seconds. The buffer between the two fell once more on SS13 and Saturday drew to a close with Ogier just 33.5 seconds to the good.

Toyota’s dominance of the mid-table was temporarily soured by Kris Meeke, the Citroen man gate-crashing the party on SS11 and robbing Esapekka Lappi of fourth. The Finn was one of the few WRC drivers not to visit the especially tempting field located at the end of a flat-out, sixth gear straight, but lost over 3 minutes and a position fixing a puncture caused by a costly trip into a bank. He was able to fight back on Bayons-Breziers however, coming through fourth fastest, just enough to reclaim fourth position overall. 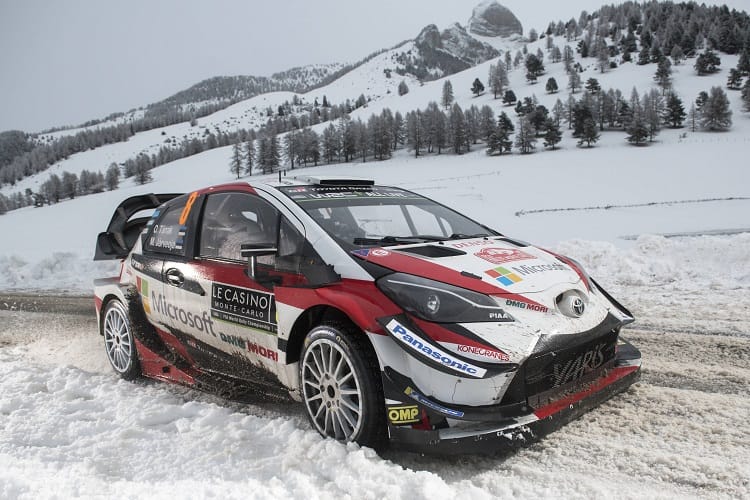 Meeke’s ability to hold onto fourth was compromised by a number of factors, not least a costly mid-hairpin stall partway through Bayons-Breziers. The mud being pulled from the banks and scattered across the crown of the road didn’t do his cause much good either, but he can at least take some consolation from knowing he lies a mere 1.6 seconds adrift of Lappi’s Toyota.

How Meeke approaches the final day of the rally will have an impact on the man now snapping at his heels, Elfyn Evans. The Welshman has been on scintillating form throughout the day, trading times with Thierry Neuville and generally looking utterly at home on some of the slipperiest tarmac in the championship. He ended Saturday 20.1 seconds behind Meeke and just over half a minute ahead of the hard-charging Belgian.

Neuville was another man on the move come Saturday, overcoming the compacted snow of the morning tests (despite visiting the aforementioned field on SS11) to set the fastest time on SS12, Saint-Léger-les-Mélèze. Last year’s championship runner-up benefited from the demise of his team mate on the first stage of the day and has since set himself the target of claiming fifth position overall by the end of the rally, an ambition rendered more realistic by his leap-frogging of Bryan Bouffier on the final stage of the day.

The volume of snow littering SS9 and SS10 meant that road order was of increased significance, and it Craig Breen who once again drew the short straw in this respect. First into both stages, the Citroen ace was nothing more than a glorified snow-plough for much of the morning, and was slowest of all the WRC regulars through both. Increased grip as the day wore on gave him a confidence boost, but he remains marooned in ninth, a good 3 minutes behind Bouffier.

The high rate of attrition on Friday has served to neuter the battle for WRC2 honours somewhat, and Jan Kopecký now has a massive 12:12.0 gap between himself and the Peugeot of Guillaume de Mevius. Kevin Abbring‘s Monte Carlo experience came to an abrupt end thanks to radiator damage on SS10, while both Eric Camilli and Christian Ole Veiby retired on the very next stage thanks to a mechanical issue and an accident respectively. 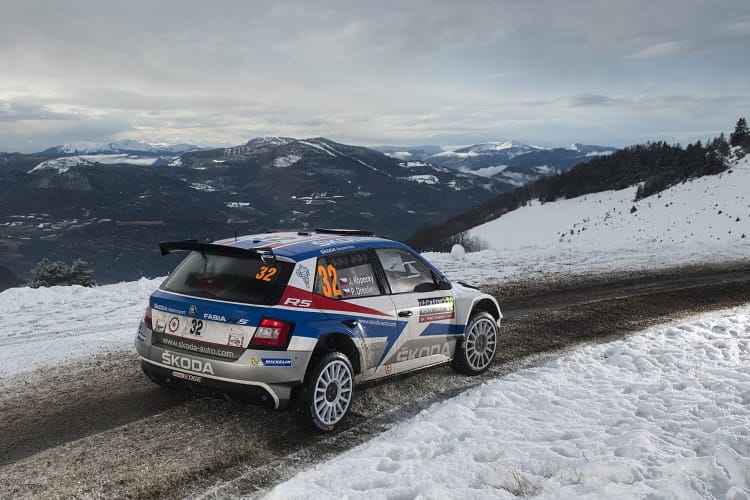 A lifetime obsession with rallying at all levels underpins Jamie’s knowledge and love of the sport, something he’s utilised to write a wide variety of WRC-related content over the last few years. He’s can be found covering all manner of subjects, from in-depth technical analysis of Group A icons and turn of the century World Rally Cars, to post-event reports on the latest season, all on The Checkered Flag.
Articles

By Pontus Lindroos
1 Mins read
Hyundai Motorsport has now announced the 2022 Safari Rally Kenya line-up where Oliver Solberg is confirmed to be driving the third i20 N Rally1 machine.