EKS Audi Sport set their sights on championship glory in 2018 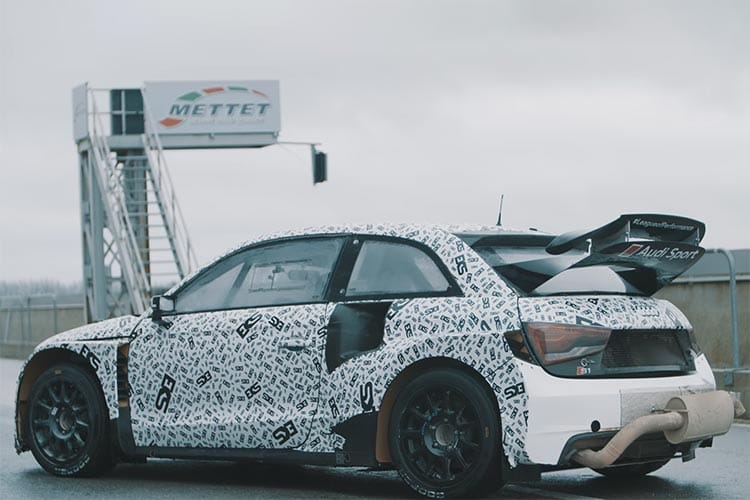 Andreas Bakkerud heads in to the 2018 FIA World Rallycross Championship with what could be his best chance he has had at taking the title so far.

With the old S1’s sold off a new car will make its debut this year as Audi Sport increases its factory backing.

As a result of the manufacturer support the team will enter the 2018 season as EKS Audi Sport.

“With support from Audi we’re able to go for all-out attack,” says Ekström. “Our aim for 2018 is clear: We’re battling for the drivers’ and teams’ world championship titles.”

After taking the 2016 championship, EKS and Ekström had to make do with the runner up spot in 2017, this was something that the Swede wants to address.

“It was clear that we needed to make some changes. That’s why we’re preparing two new cars and putting the competition from Volkswagen and Peugeot in their place.”

Bakkerud was delighted to join the team having been in contact with the team boss for many years.

“It’s a great honor for me to be driving in Mattias’ team. We’ve had good rapport with each other for many years and I’ve been closely following the development of EKS.

“Together with the team I’d now like to make the next step in my career and be in contention for the title.”

“We gathered very positive experiences in the World RX last year and are convinced of the series’ growth potential. In the medium run, we hope to see electric cars being fielded in this racing series because electrification is a focus topic at Audi also in motorsport.” added Head of Audi Motorsport Dieter Gass.