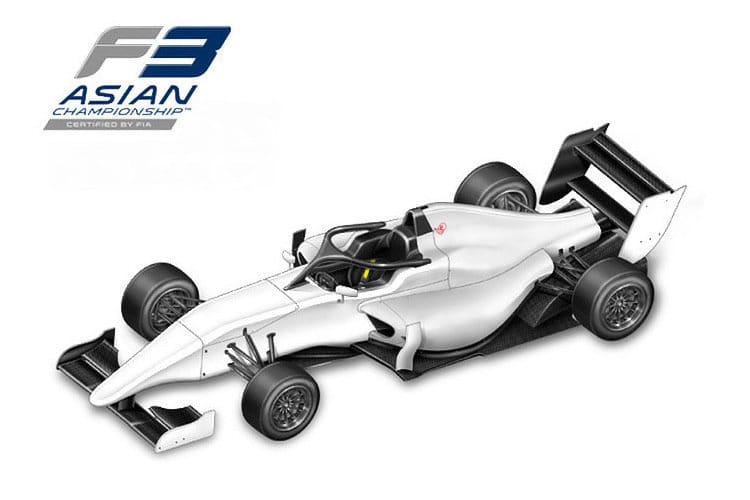 The FIA and Shanghai-based company Top Speed has announced the launch of the F3 Asian Championship for the 2018 season. The series will be only the second ‘Regional F3‘ in the world, with the F3 Americas Championship having been announced earlier last year.

Asian F3 has been earmarked for a July start, with five rounds taking place in either Malaysia or China.

Top Speed, which also run a number of Chinese based championships such as the Asian Le Mans Series and the Formula Masters Series (FMS), will take on the mantle, though no engine or chassis manufacturer has been announced.

With high competition from surrounding championships it is likely that Top Speed would consider rebranding the FMS which not only faces stiff competition from Asian Formula Renault but also already incorporates a number of FIA F3 regulation parts into their cars. FMS has yet to announce any plans for the 2018 season.

Top Speed General Manager Davide De Gobbi, said: “We are proud to open the new era for global Formula 3 with the F3 Asian Championship Certified by FIA this year. It marks a coming of age for Asian motorsport, and opens up a world of opportunities for our regional drivers as well as those around the world seeking the ideal development environment run in the world’s economic powerhouse.”

A July start means the series has six months to attract potential drivers, though could suffer from low entries due to many drivers having already planned budgets for the season. The series will be a stepping stone for many in local independent or National F4 series, with the South East Asian F4 Championship finishing its season in two weeks.

FIA Director of Single-Seater Championships, Charlie Whiting, said: “The addition of another regional FIA Formula 3 championship will be a hugely positive step in the development of the category around the world.

“Junior motor sport has been growing rapidly in Asia in recent years, with highly competitive FIA Formula 4 series in China, Japan and South East Asia giving young drivers a better opportunity than ever before to advance their skills and move up to the next level. Now with the F3 Asian Championship Certified by FIA, these drivers will have a great place to compete at a regional level.”

The series, will also include a Teams championship as well as an AM class, likely to attract older drivers or those with limited budget as have been seen quite regularly in Chinese F4.

By Charles Fox
4 Mins read
Gianluca Petecof will be joining the Formula 2 grid for 2021 with the rebranded Alpine team, TCF takes a look in how he has got to where he is today.