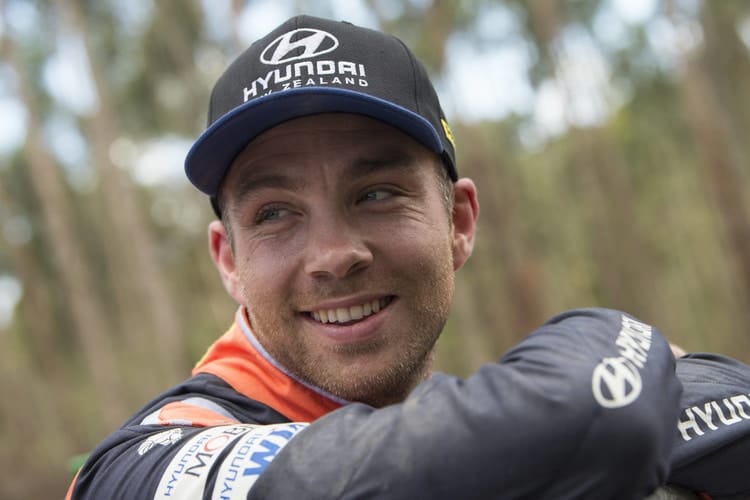 In a bid to get his FIA World Rally Championship career back on track, Hayden Paddon will compete in five rallies in New Zealand this year, alongside his seven-round WRC programme for Hyundai Motorsport.

With Andreas Mikkelsen and Thierry Neuville heading up the main challenge for Hyundai, the team was left with a headache as to what to do with their other two drivers – Paddon and Spaniard Dani Sordo.

The answer was a split campaign that would see the pair share the third car for the team, with a fourth car confirmed to run both of the drivers for at least one event.

“I’m not going to pretend I don’t want to be doing the whole championship,” said Paddon to Motorsport News, “of course I do, that’s what every driver wants.

“But that’s not happening this year, so I have to accept it and make the best out of every opportunity I get. What’s really important is that I get seat time and I’m out driving in the gaps between rounds of the world championship.”

“I’m going to do five events in New Zealand in my i20 [AP4+],” he said. “That’ll help keep me sharp. It’s not ideal, but it’s driving and that’s what I need. I’m scheduled for a day of testing before each WRC round, so it’s vital to stay sharp.

“On the positive side, I should have a good road position when it comes to Portugal, so we’ll have to make the most of that.”

By Pontus Lindroos
1 Mins read
Pontus Lindroos takes a look at where the current crop of WRC cars from Hyundai, Toyota and M-Sport Ford currently are around the world.
FIA World Rally Championship

By Pontus Lindroos
1 Mins read
Rumours are now circulating around Poland that Robert Kubica and Kajetan Kajetanowiz could form a new Polish WRC team in 2021.