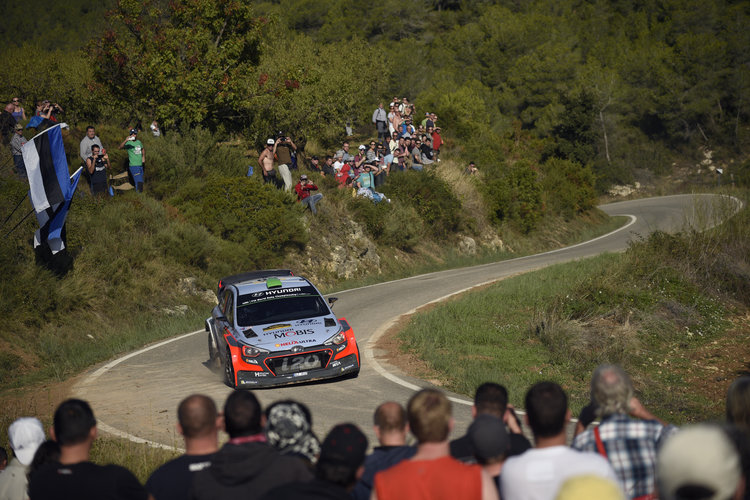 Hyundai Motorsport Team Principal Michel Nandan has revealed that the Korean Squad will supply the Gronholm RX outfit with two i20 WRC cars for the 2018 FIA World Rallycross Championship.

With the opening round of the 2018 FIA World Rally Championship having taken place at the iconic Rallye Monte-Carlo this weekend, Hyundai Motorsport are in the second year of the new generation WRC cars with a star studded lineup as they look to seal their first Drivers and Manufacturers titles.

“We can confirm that this is an agreement between Marcus Grönholm and Hyundai Motorsport. Two chassis and more parts are sold to the team, but beyond this there is no factory support.”

However news that Marcus Gronholm‘s team were looking to run Hyundai ex-WRC cars was released back in November last year. The former two time WRC Champion ran a single M-Sport built Ford Fiesta for his son Niclas during the 2017 FIA World Rallycross Championship where the younger Gronholm finished in twentieth place overall.

With the confirmation that Hyundai will supply two chassis and parts for the teams assault on the 2018 season, this also gives rise to speculation about who will drive both Supercars. Whilst it can be expected that Niclas Gronholm will pilot one of the ex-WRC cars, this still leaves the second seat available.

Since the 2017 season finished with the inaugural World RX of South Africa back in November, high profile drivers such as Andreas Bakkerud, Topi Heikkinen and Reinis Nitiss have all announced that they have left the teams they drove for last year. Mattias Ekstrom is also due to announce his 2018 plans on Monday January 29th at a press conference in Austria.