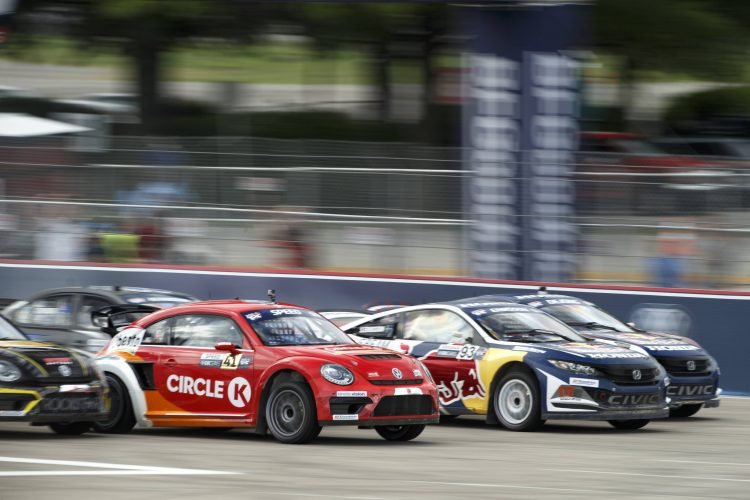 Red Bull Global Rallycross will return to The Kentucky Exposition Center this May for the first round of the 2018 season.

Following on from its successful debut last year, Red Bull GRC CEO Colin Dyne said that returning to Louisville on May 19 “made perfect sense“.

“Close racing, passionate fans, and a unique course all contributed to one of the series’ most thrilling races at last year’s Louisville event, so kicking off the 2018 season with a return to the Kentucky Exposition Center made perfect sense,” said Dyne. “We are looking forward to bringing even more excitement to the fans this year with not only GRC’s signature wheel-to-wheel action, but also the addition of the series’ Polaris RZR side-by-side class!”

The event in Louisville will be the first for the new Polaris RZR UTV support class, and it will also mark Continental Tire‘s first event at the official Tyre supplier for Red Bull GRC. Not just that, it will be the brand’s first-ever rallycross event.