McLaren Agree Deal to bring Petrobras Back into Formula 1 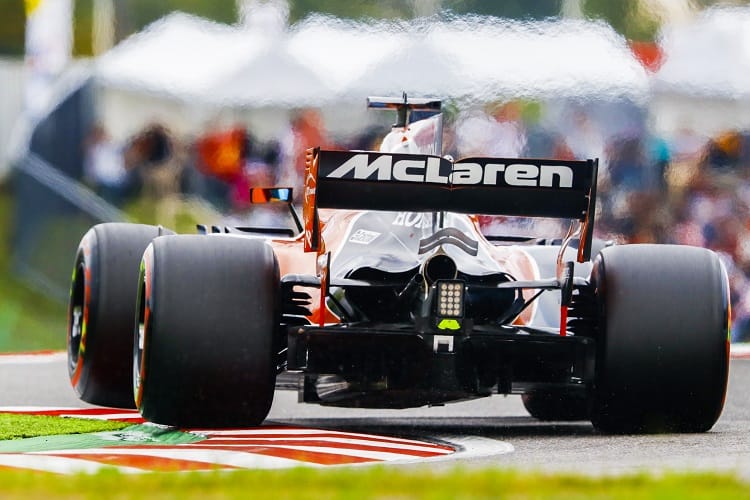 The McLaren F1 Team has formed a technical partnership with Brazilian oil company Petrobras, with the deal seeing the fuel supplier replacing the previous BP/Castrol partnership that only began twelve months ago.

Petrobras has been long looking at returning to Formula 1, and had evaluated joining up with Williams Martini Racing at the end of 2016, but will return to Formula 1 in 2019, with BP/Castrol remaining on board throughout McLaren’s first year with Renault Sport power units.

“Partnerships are strategic for Petrobras,” said Petrobras’ CEO Pedro Parente. “The technologies developed for Formula 1 will be transferred to the products we offer our customers, and being at the forefront of fuel and lubricant development is of value to our company, its shareholders and customers.”

Zak Brown, the Executive Director of the McLaren Technology Group, has welcomed the arrival of Petrobras to the team, and hopes the partnership can be beneficial to both parties from 2019 and beyond.

“Brazil’s passion for Formula 1 is legendary and the country has produced some of the most iconic names in Formula 1 history,” said Brown. “We are delighted to deepen our relationship with Brazilian F1 fans through our partnership with Petrobras, a flagship brand for the nation.

“Petrobras is an ambitious organisation and we look forward to McLaren being an accelerator and enhancer in their brand-building efforts.”

Petrobras will develop fuel and engine lubricants especially for the team to use, and will also have a laboratory in the team’s garage during race weekends to allow real-time analysis of fuel performance.

“We consider Formula 1 the best possible laboratory for testing new fuels and lubricants due to the extreme conditions to which it subjects engines,” said Hugo Repsold, Petrobras’ Executive Manager for Communication and Branding.

“After being tested to their limits, new fuels and lubricants will be applied in conventional cars and used by our consumers in their daily lives.”

Eric Boullier, the Racing Director of McLaren, admits the resources and specialists at the oil company’s disposal already impress the team, and he hopes the partnership with Petrobras is a long and fruitful one for all.

“The effective development of the fuels and lubricants we race is a mission-critical contribution to our primary objective of success in Formula 1,” said Boullier. “Petrobras is already highly experienced and successful in Formula 1 and we are extremely impressed by the resources and specialists at their disposal.

“The CENPES research and development facility in Rio is world-class and has quickly demonstrated to McLaren, and our engine partner Renault, its capability to deliver the best. We look forward to a long and highly successful partnership with Petrobras.”

By Fergus Mckie
3 Mins read
The Aston Martin launch on the 3 February, marked the culmination of two dreams for Lawrence Stroll and the Canadian is very confident in the team continuing their success of 2020 into 2021.
Formula 1

"It's going to be an exciting year ahead" - Guenther Steiner

By Fergus Mckie
2 Mins read
Guenther Steiner is looking forward to overseeing the development of the two new rookie drivers at Haas and recognises that 2021 will be a steep learning curve.
Formula 1

By Fergus Mckie
2 Mins read
A day after Alpine launched their car, the team were out on track at Silverstone with Esteban Ocon for a filming day.