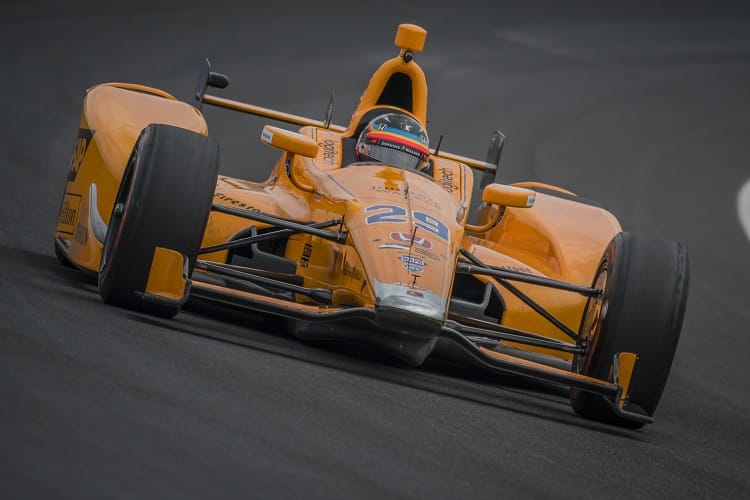 Zak Brown insists the McLaren F1 Team needs to be successful again in Formula 1 before the team can consider a return to the Verizon IndyCar Series.

The team made a one-off appearance with Fernando Alonso in the 2017 Indianapolis 500 in collaboration with the Andretti Autosport team, and saw the Spaniard lead a number of laps before the Honda engine gave up, but with the team having switched to Renault power, a return will definitely not happen in 2018.

And it will need the Formula 1 team to become genuine race and championship winning contenders for McLaren to contemplate any possibility of adding an IndyCar programme, with Brown insisting making the team frontrunners again is priority for everyone within the Woking-based squad.

“I think the cars look great,” said Brown to RACER. “I think the cars look really good, but [it’s] too soon. With all that we’ve got going on in Formula 1, while the mechanics and engineers and all that are 100 percent focused, the minute me or Jonathan Neale or John Allert or Eric [Boullier] are not spending 100 percent of our time on Formula 1 that starts becoming a distraction for us.

“So I think before we leap into any of these other racing series, we’ve got to get back on the podium in F1,” continued Brown, who will field Alonso and Stoffel Vandoorne for a second consecutive season in 2018.  “As a fan of McLaren and as a racer I want to do them all this year, but as a business we’ve got to lay out a 10-year strategy and why we’re doing it, how we’re doing it, how it’s sustainable.

“With all that’s going on, not only with our Formula 1 team but Formula 1 as a whole, we need to be spending all our time on making sure whatever happens in 2021 we’re in a good place. So I don’t think any of those other series are around the corner.”