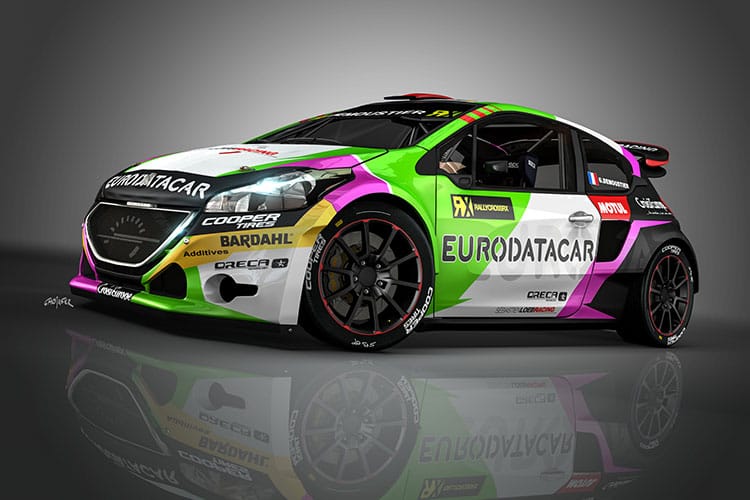 Sébastien Loeb Racing has announced that it will be making its move into the 2018 FIA World Rallycross Championship.

Having tasted glory in sportscars and touring cars, the team formed by rally legend turned rallycross driver Sébastien Loeb will be running a Peugeot 208, developed in association with Onroak Automotive and Oreca.

Grégoire Demoustier will take on the driving duties overseen by Georges Kaczka and Pierre Arnaud.

The 27-year-old returns to the team having raced for them in 2016 World Touring Car Championship.

“I am delighted to return to Sébastien Loeb Racing with a new programme, surrounded by people I know and have appreciated for a long time,” said Grégoire Demoustier.

“With Georges Kaczka and Pierre Arnaud, we were determined to partner Sébastien Loeb Racing, and the project started to take shape as the team was also looking at a World RX programme for this season.

“2018 will remain a development year, on the technical side, as well as personally. Even if I competed at some rounds last campaign, it is still a brand new venture and I have not set any objectives for myself.

“Saying that, we hope to get good results here-and-there and reach some semi-finals. On the driving side, I have strong feelings about the fast and lively format of the championship and cannot wait for the season to start!”

“The category is developing fast and creates a real interest with the media and fans, as well as it being increasingly competitive. Sébastien knows this well and it will be great to see him during each round this year.

“We are also delighted to welcome back Grégoire, with whom we had the pleasure to work with in WTCC during the 2016 season.

“His experience in World RX will be very useful, and it is also always great to work with drivers we know well and appreciate.

“The car is brand new this season, with a concept that has been pushed right to the limit.

“The various project members have a strong relationship and I am convinced that all the ingredients are there in order for us to achieve great results, as early as this year.”