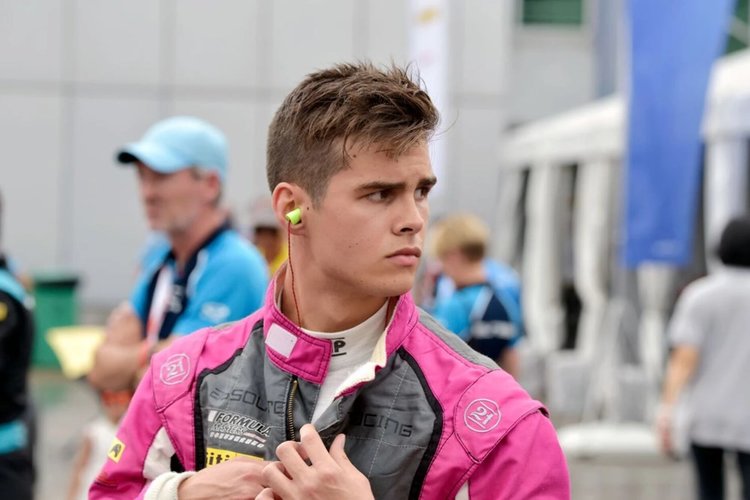 With a few days before the start of the start of the season, Arvin Esmaeili has been confirmed to have taken the third Douglas Motorsport seat. The Swedish national, who tested for the outfit at Spa-Francorchamps last week, will make his British single-seater debut.

This will not be Esmaeili’s first trip to the UK though. Previously he raced in Formula Kart Stars and Super FKS Series both based in Britain. He also spent much of his youth in Singapore, winning races in the Singaporean Karting Championship.

Last year he stepped up to the Asian Formula Renault series. In his first year of racing, he recorded one win on his way to sixth overall with two further podiums.

Prior to 2018, Douglas had only run with two cars, though reportedly bought a third off of P1 Sport (now Stratton Motorsport) in an attempt to expand operations for the current season. He will join the female pairing of Alexandra Mohnhaupt and Jamie Chadwick for the opening round at Oulton Park.

Esmaeili said: “I’m really pleased to be joining the BRDC British F3 Championship with Douglas Motorsport, for my first season in cars in Europe. The British F3 grid looks really strong this year but with Wayne’s team I’m sure that I can continue my progress and be competing at the front of the grid before too long.”

Team boss Wayne Douglas added, “We’re really pleased to welcome Arvin to the team for the new season. He’s shown a lot of potential in his career so far and I think he will do very well as the season progresses. I’m delighted with our line-up for the year ahead, and we are confident of a very strong season.”

Delighted to announce that I have partnered with @AldermoreBank for the upcoming @BRDCBritishF3 season. Very grateful for all the support so far and looking forward to what’s to come! 🙌🏼 🏎 https://t.co/0i5ZE2pkeV pic.twitter.com/g6vsJbXYR8

By Michael Callander
3 Mins read
Christian Mansell has started and finished every race so far in the GB3 Championship, and still has an outside chance of taking the title.
British F3

By Michael Callander
2 Mins read
Ayrton Simmons went into the 2021 GB3 Championship season as a title favourite, and sits second in the table heading into the final round.
British F3Formula 3

By Michael Callander
1 Mins read
Nine-time GB3 race-winner, and 2021 title-challenger, Ayrton Simmons will make his FIA F3 debut in Sochi this weekend, after being drafted in by Charouz Racing System.