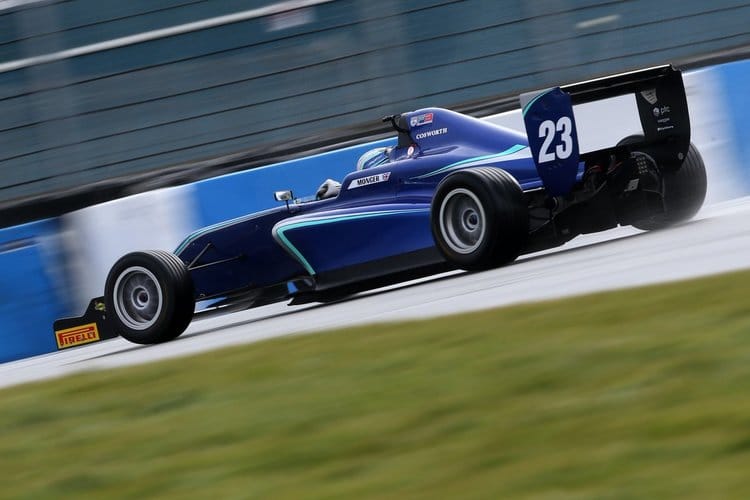 Carlin have confirmed that they plan to run four cars this year in the BRDC British F3 Championship. The move will allow Billy Monger to enter with the team.

Coming into Media Day for BRDC F3, all eyes were on Carlin. Up until this season, no outfit had been allowed more than three cars, but with Sun Yue Yang and Nicolai Kjaergaard already signed and Clement Novalak’s announcement in due course, it appeared there was no room for Monger in the team.

The MSV will thus let teams run four cars solely for this season, as to allow Monger to race with them, despite opposition from some in the paddock.

A Carlin representative said; “To be honest with you, I’m not too worried about what other teams are doing. It doesn’t bother us if they run more than three cars, it’s more a championship regulation.”

“In the regs this year, they [MSV] have stated that due to certain circumstances and that with certain permissions from them, you can run four cars. Obviously that’s for us to accommodate Billy.”

When asked if this applied purely to Carlin, they said; “No, they haven’t given it directly to us, they’ve put it there to allow for this sort of situation.”

The team made it very obvious this had not been done intentionally, with them having had to buy a fourth car off of Sean Walkinshaw Racing, who are not competing this year.

While Billy had been involved for months, the possibility of a drive only materialised after all three drivers had been confirmed with the team.

“We had three cars as the standard program as usual and Billy then approached us, so we worked from there. He chose us as a team that could do the modifications for him, therefore it’s steamrolled from there. We haven’t pushed a 4 car program.”

“We were talking to him with no real intention of racing this year, but he did have the intention from the beginning, we didn’t know what was going to happen as we already had three drivers in the frame.”

Testing had been positive for the team, with Kjaergaard topping the middle of the three sessions from Novalak. The pair would continue their duel into the final session, where Novalak came out on top, fourth overall.

“We were very happy with testing today, it’s nice to be out with everyone here. We’ve been doing a lot of private testing, so it’s good to see where we’ve actually got to with the testing throughout the winter. It looks quite positive.”