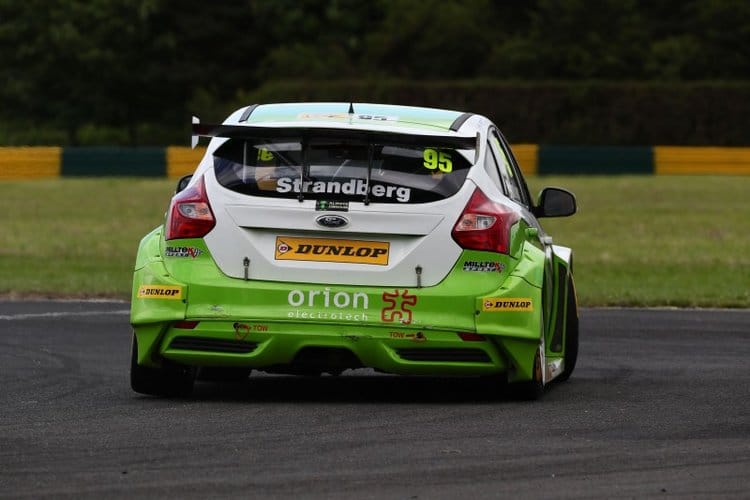 Dennis Strandberg has been revealed as the second name for the Maximum Motorsport team ahead of the VW Racing Cup season.

The Swede is no stranger to the series having made a guest appearance in 2016, when he joined the Maximum team for the Spa-Francorchamps and Snetterton rounds. He took pole in both occasions, winning one race and a collecting a further podium during his four starts.

He’s made a name for himself in his home country, winning the Swedish Ginetta GT5 Challenge G40 series in 2013 and racing in the Swedish Touring Car Championship last year, where he finished eleventh overall with a fastest lap.

Strandberg has also dabbled in the BTCC, competing for Team Parker Racing at Croft last year. A strong campaign in VW’s could help elevate him back to the top rung of national Touring Cars.

“I’m really looking forward to be back in UK and Milltek Sport Volkswagen Racing Cup again.” said Strandberg. “With more experience in FWD and with a strong Maximum Motorsport team we sure will be a strong contender for the top step. Being back in UK is what I want so I’m really looking forward to this! Thanks to Mr and Mrs Lines and Maximum Motorsport. Bring it on!”

He joins Tim Docker at the team, who was the first driver to be confirmed for a 2018 VW campaign.

Elsewhere, a former VW Cup champion, Paul Taylor, will return to the series he won in 2006, with Team HARD. Racing.

Taylor will easily be one of the favourites for the title and having secured the Maximumgroup.net VAG Trophy Championship the past two years, still has momentum behind him to reclaim his spot at the top of Volkswagen racing.

“I’m really looking forward to 2018. I’m back to try to add another championship to my belt.” said Taylor.