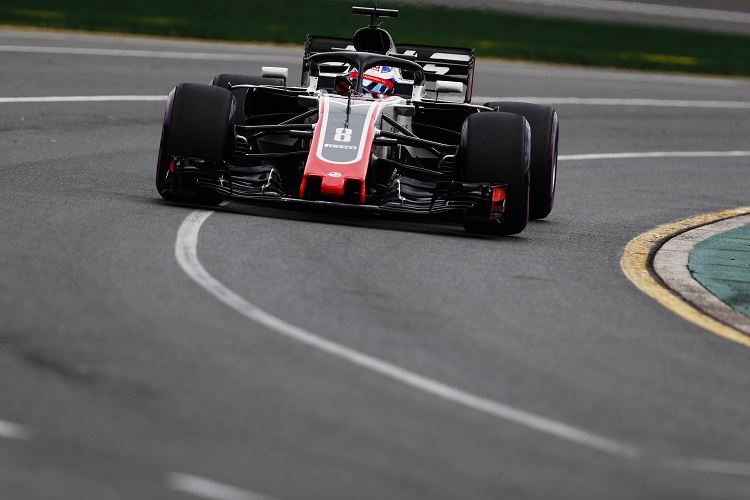 Both the Sahara Force India F1 Team and McLaren F1 Team have questioned the depth of the technical relationship between the Scuderia Ferrari and Haas F1 Team after the latter’s impressive Australian Grand Prix, but Guenther Steiner insists everything is above board.

Kevin Magnussen and Romain Grosjean started fifth and sixth at Albert Park, by far the best Qualifying performance for the Haas team in their short history, and although both drivers retired from the race due to separate pit stop issues, they were still on course to see both drivers finish inside the top six.

Force India’s chief operating officer Otmar Szafnauer says the methods used by Haas to achieve their 2018 speed jump is questionable, particularly as they are just beginning their third season in the sport following their arrival ahead of the 2016 season.

“I don’t know how they do it, it’s magic,” said Szafnauer. “It’s never been done before in Formula 1.

“I just don’t know how it can be right that someone who’s been in the sport for a couple of years with no resource could produce a car [like this]… does it happen by magic?  If it does, I want the wand.

“All the aerodynamic surfaces have to be your own,” he added. “If they’re not, I don’t know how you can tell unless you start investigating.  Scrutineering only tells you that it fits within the boxes of the regulations.

“Is it yours or somebody else’s [idea]? That’s the real question. And I don’t know the answer to that.  Maybe it is their own, it’s just suspect – how can you gain that knowledge without history and the right tools and people?”

McLaren executive director Zak Brown admits he has no solid evidence that Haas are breaking the rules about what Ferrari and Haas are doing, but he has suggested that the FIA investigate the alliance to ensure everything is above board and legal.

“We all know they have a very close alliance with Ferrari and I think we just need to make sure it’s not too close,” said Brown.

“There could be some influence, there’s certainly some parts of the car that look very similar to last year’s car.  But that’s for the engineers and the FIA to look at more closely.”

Haas team principal Steiner says that whilst everyone is entitled to their opinion, everything on the VF-18 that needs to be developed by the team has been, and he is proud of the team for making such a competitive car.

“I think the whole of Haas F1 Team can be proud of the work done between last year and over the winter to produce the VF-18 and get it into its competitive condition. It’s merit to them. They can be proud. If people have an issue, fine with me.

“We report what we are doing, like everybody else, to the FIA. That’s why I’m more than confident we are not doing anything wrong. I’m perfectly fine with how we do business.

“We design our own aero, as per the regulations, and yes, we use mechanical parts from Ferrari, but everybody’s known that for the past two years. We are well above board, and happy to be where we are.”

By Paul Hensby
3 Mins read
Fernando Alonso says returning to Renault’s factory at Enstone felt like his first day at school, with a number of changes happening there since he was last at the team in 2009.
Formula 1

By Paul Hensby
1 Mins read
Guenther Steiner says Sergio Pérez is under consideration to join Haas in 2021, but any decision about their driver line-up has to be the best for their mid to long term prospects in the sport.
FIA WECFormula 1Formula E

By Paul Hensby
1 Mins read
Romain Grosjean would look at championships outside of Formula 1 if he loses his drive with the Haas F1 Team for the 2021 season.