Stoffel Vandoorne: “Today was a very productive session for me” 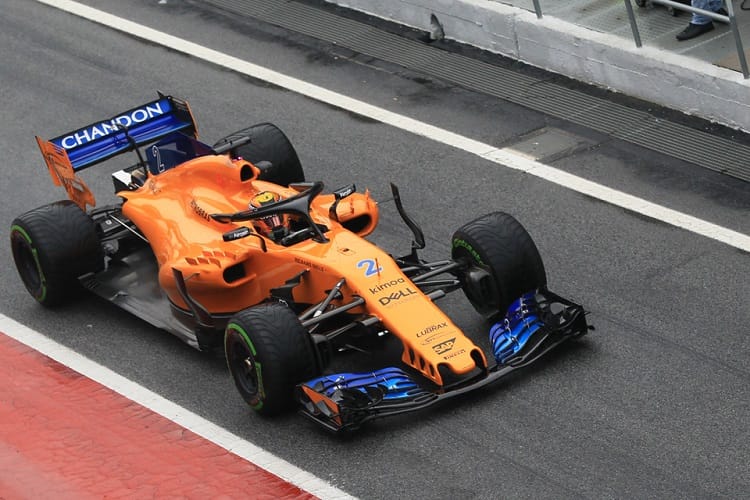 Stoffel Vandoorne was pleased with the amount of running he was able to achieve on day four of the first pre-season test of the year at the Circuit de Barcelona-Catalunya, with the Belgian completing one hundred and ten laps on Thursday.

Following three days of disruption caused by the weather, conditions at the Spanish venue started with a wet track, but soon slicks became the order of the day, and using the hypersoft Pirelli tyre, the McLaren F1 Team racer put his Renault-powered MCL33 into second place overall, only behind Lewis Hamilton.

Vandoorne was even able to hand over the car to team-mate Fernando Alonso to allow the Spaniard some much-needed track time, and after the conclusion of the session, the Belgian only had positive comments to make about the potential of the car.

“Today was a very productive session for me,” said Vandoorne. “The day started off a little bit slowly with the bad weather conditions and it took a long time for the track to dry up, but even with that to deal with we still completed a lot of mileage and got a good understanding of the car.

“It feels good to get a good amount of laps on the board after we missed out a bit over the past few days. When the track started to dry I did some very good running and completed a lot of set-up changes, trying to understand our package and how everything works together, and the feeling was positive.

“I finished today with 110 laps and it’s been a long time since we’ve been able to do this. We had time to put Fernando in the car too for the final part of the session, so altogether a very productive day.”