“We Tend To Be Closer on Sundays” Warns Sebastian Vettel 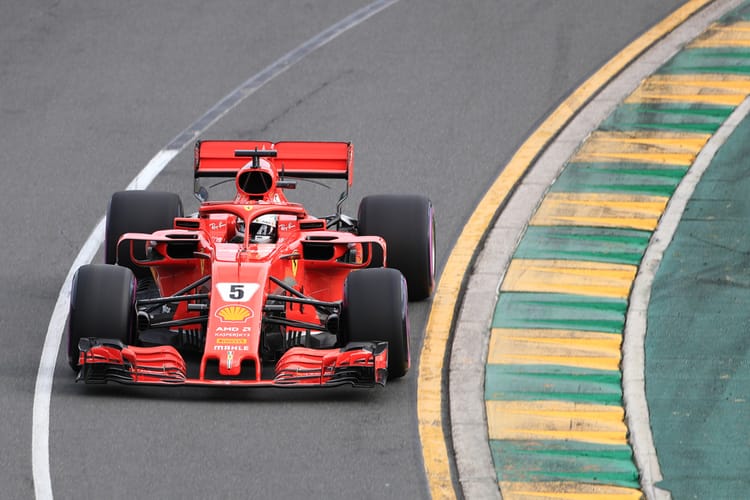 Sebastian Vettel has reminded his rivals, particularly Lewis Hamilton, that Scuderia Ferrari “tend to be closer on Sunday than we are in qualifying” as the German lines up third for the 2018 Australian Grand Prix.

Vettel was narrowly beaten by Ferrari team-mate Kimi Raikkonen in 2018’s first qualifying session and comprehensively beaten by Hamilton. Vettel though, says that his car came alive in qualifying and third position is a good place from which to start.

“Yesterday it didn’t feel like everything was perfect, so today I am pretty happy that we could put both cars right at the front, very close to pole,” said Vettel.

“I guess it’s a good shot. The gap to Lewis is significant of course, and we don’t want to be so far behind.

“But the car today was getting better and better: I could feel it was coming alive during qualifying; on my last run I made a small mistake at Turn 13, but it’s ok as second and third position are good for the race and, as we have seen in all the past years, we tend to be closer on Sunday than we are in qualifying”.

Vettel will be hoping for a repeat of last year’s Australian Grand Prix in which he capitalised on tyre strategy to beat Hamilton to the first win of the season.

By Paul Hensby
1 Mins read
The expected wet weather on Saturday meant teams focused on getting as much data about all three compounds of tyre on Friday in Sochi, according to Pirelli’s Mario Isola.
Formula 1

Nikita Mazepin: “I don’t think we’re going to get the sunshine like we had today”

By Paul Hensby
2 Mins read
Nikita Mazepin is expecting Saturday’s running to be completely different to what it was on Friday if the promised rain arrives at Sochi.